This page is about medical malpractice lawsuits against gastroenterologists.

Predominant and common areas of focus include

The gastrointestinal tract primarily serves the purpose of digesting and moving food, absorbing nutrients, and removing waste from the body and is made up of the pharynx, esophagus, stomach, small intestine, liver, gallbladder, pancreas, salivary glands, tongue, epiglottis, rectum, and anus. The gastrointestinal system also includes the mouth. But, obviously, dentists and dental specialists generally provide care for conditions of the mouth rather than gastroenterologists.

What Does a Gastroenterologist Do?

There are scores of conditions gastroenterologists treat, but they all are conditions that affect the gastrointestinal system. Some of the main conditions treated are acid reflux, ulcers, IBS, hepatitis C, polyps/growths in the intestines, jaundice, hemorrhoids, bloody stool, pancreatitis, and colon cancer.

In diagnosing and treating the above conditions, gastroenterologists may consider non-surgical procedures. They may perform endoscopic ultrasounds, which are used to take a look at the upper and lower gastrointestinal tract as well as other organs. Colon cancer and colon polyps can be detected when a gastroenterologist performs a colonoscopy.

Additionally, endoscopic retrograde cholangiopancreatography may be performed to detect and diagnose gallstones, tumors, or scar tissue within the bile duct area. Sigmoidoscopies are another procedure commonly performed and are used to assess pain and/or blood loss in the bowel. Lastly, inflammation and fibrosis in the liver may be assessed by performing liver biopsies while capsule endoscopies and double balloon enteroscopies may be used to look at the small intestine.

While it is hard to know when you should see a gastroenterologist, signs such as having blood in your stool, difficulty swallowing, and abdominal pain are all common signs that you may be experiencing some type of gastrointestinal condition. Additionally, men and women older than 50 years old are at increased risks of developing colon cancer which can be increased even more when you have relatives with colon cancer. The best thing to do is to see a gastroenterologist and get screened regularly and acquire preventative care. 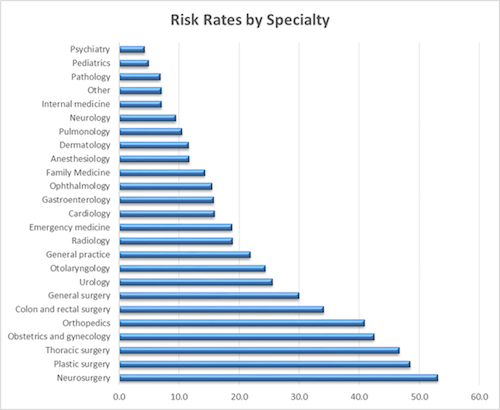 Gastroenterologists are responsible, like any other doctor, to exercise the degree of care and skill that an ordinary gastroenterologist should use given the circumstances.

Summarized below are recent verdicts and reported settlements from medical malpractice cases involving gastroenterologists. Average jury verdict information and stories of other settlements and verdicts can help you better understand the range of potential verdict or settlement compensation for your lawsuit.  But they cannot alone predict the value of your claim.

Gastroenterology Malpractice Expert Witness Below are gastroenterologists who have recently served as experts in medical malpractice lawsuits.  We have not separated defense experts from plaintiffs' experts and have no opinion on the qualifications or suitability of these doctors.  Our lawyers provide this information because we understand how difficult it can be to find expert witnesses in malpractice cases.   Lawrence W. Widerlite Richard T. Katz Loren Laine Paul Howard Cohen Theresa Swain Emory K. Rajender Reddy Nicholas Katz Stuart I. Finkel Alain Ades
Recent and Pending Gastroenterologist Malpractice Cases ERCP Malpractice Case 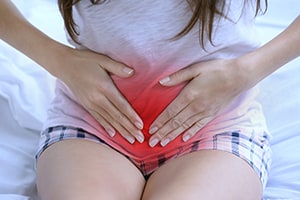 This malpractice lawsuit was filed against a gastroenterologist in Howard County alleging that he negligently performed an endoscopic retrograde cholangiography (ERCP) causing necrotizing pancreatitis.

A gastroenterologist was sued in Montgomery County for negligently perforating a man's colon wall during a colonoscopy procedure.

A gastroenterologist allegedly misdiagnosed a man with pancreatitis which ultimately led to the unnecessary pancreatectomy procedure. A malpractice suit was filed in Baltimore City.

Endoscopic retrograde cholangiopancreatography (ERCP) is a diagnostic procedure used to find and treat conditions involving the bile duct, liver, gallbladder, and pancreatic duct. ERCPs are usually performed by gastroenterologists and can result in malpractice claims.

Contact Miller & Zois About Gastroenterologists Malpractice If you have a potential medical malpractice claim against a gastroenterologist, Miller & Zois can help. Call us today at 800-553-8082 or contact us online.
Medical Malpractice
Client Reviews
★★★★★
They quite literally worked as hard as if not harder than the doctors to save our lives. Terry Waldron
★★★★★
Ron helped me find a clear path that ended with my foot healing and a settlement that was much more than I hope for. Aaron Johnson
★★★★★
Hopefully I won't need it again but if I do, I have definitely found my lawyer for life and I would definitely recommend this office to anyone! Bridget Stevens
★★★★★
The last case I referred to them settled for $1.2 million. John Selinger
★★★★★
I am so grateful that I was lucky to pick Miller & Zois. Maggie Lauer
★★★★★
The entire team from the intake Samantha to the lawyer himself (Ron Miller) has been really approachable. Suzette Allen
★★★★★
The case settled and I got a lot more money than I expected. Ron even fought to reduce how much I owed in medical bills so I could get an even larger settlement. Nchedo Idahosa
View More
Submit a Law Firm Client Review