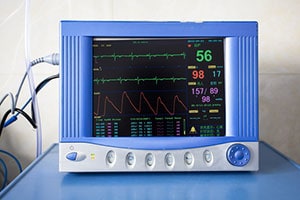 When properly used and interpreted, EFM devices can effectively warn doctors of dangers in time to prevent harm to the baby. Unfortunately, this is not how things always work out in practice. The failure to provide appropriate fetal monitoring is a frequent allegation in labor and delivery medical malpractice birth injury lawsuits. Negligence can be based upon 1) inadequate training regarding the how to properly use of a fetal monitor, 2) inadequate training in the interpretation of fetal monitoring results, 3) failure to observe the monitor frequently enough, 4) failure to use or prematurely discontinuing the use of the fetal monitor, and 4) failure to notify a or timely notify a physician regarding fetal monitor results, and (5) failure to go up the chain of command if the doctor ignores the nurses

Mistakes and improper use of the fetal heart monitor are far too commonplace and can often have serious consequences. A review of birth injury malpractice cases reveals that EFM mistakes tend to fall into 3 categories: (1) ignoring EFM warnings; (2) misinterpretation of EFM patterns; and (3) failure to use or improper setup of EFM devices. Below are sample verdicts and reported settlements from recent medical malpractice cases for each of these EFM mistake categories.

If your child was born with a birth injury negligent, we may be able to help you chart a course to put your child and your family in the best position economically. The birth injury attorneys at Miller & Zois can investigate your case and help you take appropriate action. Call us at 800-553-8082 get an online case review.