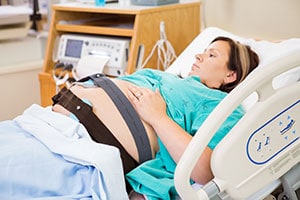 Cytotec (misoprostol) is a synthetic hormone drug that was originally developed and approved for use in the prevention of stomach ulcers causes by medications to treat arthritis. Starting in the 1990s, however, OB/GYNs began using Cytotec on pregnant women to induce labor and accelerate cervical ripening. Over the last 20 years the use of Cytotec for inducing labor has increased dramatically as it was view as a safe and effective alternative to Pitocin for labor induction and cervical softening.  Our lawyers see a lot of birth injury cases involving the misuse of these two drugs by doctor and nurses during deliver.

Cytotec is the popular brand name for misoprostol, a synthetic version of a hormone called prostaglandin E1, developed by G.D. Searle which is now owned by Pfizer. Cytotec was originally approved by the FDA for treatment and prevention of peptic stomach ulcers caused by NSAIDs and other medications used by people suffering from arthritis. It is also used for abortions. However, Cytotec is now more commonly used in the field of obstetrics to induce labor and prepare the cervix for vaginal delivery.

The use of hormone drugs to stimulate and accelerate the natural process of labor and childbirth has become fairly standard medical practice. Over 65% of hospital deliveries are induced with hormone drugs. The most widely utilized labor inducing drug is Pitocin, which is a synthetic copy of the hormone oxytocin. Cytotec is now the second most commonly used labor inducing drug and it continues to increase in popularity among OB/GYNs.

The increase in the off-label use of Cytotec for labor induction in the last 2 decades has occurred despite an escalating controversy over the safety of the drug for use in pregnancy and labor. The controversy dates back to August of 2000 when the original manufacturer of Cytotec, G.D. Searle, issued a public warning to OB/GYNs stating that the drug may not be safe for off-label use in the induction of labor. That warning cited many potential risks of using the drug for this purpose including an increased risk of hyper stimulation of the uterus. Hyper stimulation is a dangerous condition in which the mother's uterus over-reacts to labor inducing drugs and starts contracting too often and too intensely. This can put the baby under high levels of stress and also increase the risk of uterine rupture (a very dangerous complication).

The warning from the manufacturer only had a temporary chilling effect on the use of Cytotec. After the initial reaction a number of reaffirming studies led to continued acceptance of the drug for off-label use in labor induction. One of the primary reasons Cytotec became so popular in maternity wards is that it proved to be highly effective at stimulating uterine contractions AND softening the cervix. This gave Cytotec a clear advantage over the other popular labor induction drug, Pitocin, which only stimulates uterine contractions and does not accelerate cervical ripening. Cytotec is also cheaper, easier to administer and available in various forms compared to Pitocin and similar labor inducing agents.

The popularity of Cytotec was also enhanced by a number of highly publicized clinical trials that indicated that Cytotec was actually safer and more effective than Pitocin and other induction drugs. Then in the early 2002s the American College of Obstetricians and Gynecologists (ACOG) issued a committee opinion endorsing the use of intravaginal Cytotec. The ACOG seal of approval launched the use of Cytotec for induction to new heights. In the years since, however, a number of additional articles and reports have come out which have partially reignited the controversy over the safety of Cytotec.

Cytotec continues to be widely used by OB/GYNs to induce labor and ripen the cervix and in most cases it proves to be safe and effective. Much like Pitocin, however, Cytotec can be tricky to administer and monitor and the drug has a demonstrated tendency to cause hyper stimulation and other problems.

Cytotec, Pitocin and other labor inducing drugs are frequently at the center of medical malpractice cases involving tragic birth injuries. Although Cytotec and similar drugs are generally safe and widely used, proper administration requires a high level of medical knowledge and experience. Like all labor inducing drugs Cytotec has the potential to trigger over reactive physical responses in some women and potentially dangerous delivery complications. Conservative dosing and careful monitoring of Cytotec is very important but it doesn't always happen. Too often doctors and nurses in a busy labor and delivery unit simply assume that a woman will react normally and don't carefully monitor the effect of Cytotec.

Misoprostol is not recommended in women with prior cesarean birth because of the risk of uterine rupture that can cause death or brain injury to the child due to oxygen deprivation. It is rare today that a doctor would use Cytotec during a VBAC because is such clear malpractice. But it still happens.

Below are recent verdicts and reported settlements from birth injury malpractice cases involving the use of Cytotec to induce labor.

If your labor and delivery went wrong because of Cytotec, contact the medical malpractice attorneys at Miller & Zois. We can help investigate your case and tell you whether a medical mistake occurred. Call us at 800-553-8082 or get an online consultation.