Colossus is a computer software program that calculates the settlement value for car accident injury cases for at least half of the insurance claims in the United States.

Colossus was first licensed and popularized by Allstate in the 90s. Allstate turned to Colossus because they wanted to standardize their claims. Allstate also turned to this program because it was billed as a means to save money on payouts. The system also identifies those lawyers who will not file a suit and are willing to settle for the best offer that they can get.

Colossus' system has a hidden and secret rules-based system to convert a series of inputs about the nature and severity of injuries into a relative numeric score of conscious pain and suffering. There is nothing wrong with this in theory. All civil claims are about reducing the human experience of suffering into a dollar amount. However, using Colossus to evaluate personal injury claims can be unfair to personal injury victims. 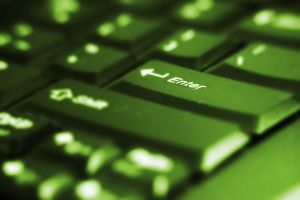 Colossus considers some preliminary matters before looking at your case. It considers whether your attorneys have a record of taking their cases to court if they get an inferior offer or whether they always just take the best offer given by the insurance company. It considers the jurisdiction in which the claim arises. Importantly, the program contains approximately 600 injury codes representing the various types of personal injuries that can occur. These injury codes have a "severity value" and assign money for each severity point the Plaintiff "earns", so to speak. It performs a calculation to attribute severity points to Plaintiff's claims. It also conveniently ignores that there are over 12,000 ICD-9 codes used by healthcare providers to classify or categorize injuries.

The premise behind Colossus is not a bad one in theory. Human pain and suffering can be converted to a numeric score (the computer calls it a "severity score") by a system of rules that are applied evenly so that the value of the case did not rely on the subjective judgments of the adjuster. Colossus has over 10,000 rules to determine the questions that the system will ask the adjuster to generate a payout.

After consideration of the attorneys involved and the venue, the system counts up the points and computes a dollar value. There is no question that a big value driver for the formula - and for juries, incidentally - is a permanent injury. They at least get this part right.

Tips on Each Insurance Company

By using this system, insurance companies will try to decrease the value of your claim. They will not take into consideration in their evaluation the X-factors: stress, pain, inconvenience, loss of enjoyment of life, loss of consortium (relationship), inability to participate in the things that you enjoy most, or any number of other things that juries and even judges will consider.

Essentially, the problem with any data-driven calculation is that it cannot take the place of humans understanding other people's pain and suffering. A computer just cannot get that. There is no input for "unbelievable agony and horror." Artificial intelligence is just that: artificial.

Occasionally, this paradoxically helps clients because these computerized systems that compute approximate values for cases incorrectly assume that a particular injury had a greater impact on the patient than it did. Sometimes we will get an especially unsympathetic client who was not affected a great deal by what happened to them despite the clear documentation of pain and hardship in the medical records. This client does better with such an unfeeling system.

But more likely, the opposite occurs. No calculator can value pain and suffering. How an injury impacted a person's life is so subjective.  Accordingly, your accident lawyer must adequately articulate why your case is different or be prepared to file suit and begin the real battle. Judges and juries listen and consider many of the factors that this formula ignores because it does not understand them. Maryland juries make distinctions based upon whether or not they think the Plaintiff is an honest and kind person, who has suffered as a result of their injuries. Tragically, this program barely distinguishes between a heroin addict and a nun. Juries get the difference. Mathematical calculators don't.

Maryland juries are the antithesis of these data-driven programs. A jury might not award damages for an L4/L5 lumbar (back) herniated disc. The medical terminology and the treating doctor's explanation of the injury might not resonate with them. But the jury comprised of human beings will award money damages because the injury victim's back hurts so much that she cannot hold her 18-month-old daughter without pain. No rules-based computer program can compute that human suffering.

Many insurers take this flawed computer system and rig it further against Plaintiffs by pulling out higher-cost claims from data that spits out the results. So if you are pulling numbers to put into the system, you pull out the jury verdicts - which have a huge impact on averages - and large settlements that would increase the valuations.

It is classic "garbage in, garbage out" in terms of how the claims are valued. These insurance companies use Colossus as a "cost containment" as a weapon to increase profits even more at the expense of injury victims, including their insureds. Colossus also has the flexibility that allows insurance companies to fine-tune the results. Numbers are coming back higher than the insurance company thinks they should? Well, you can just arbitrarily reduce the claims by a given percentage across the board.

Colossus encourages adjusters with very little medical training to second guess the patient's treating doctor. Some adjusters are encouraged to alter important details of medical reports and select injury codes that will yield smaller settlement offers. The best way to do this is to encourage the adjuster to screw around with the final prognosis codes. The dynamic here is clear: a bad computer evaluation system is being engineered to give even lower results.

2019 Update: Colossus Steps Boldly Out of the Closet

Back in the old days, the discussion of Colossus with insurance companies was taboo. Sure, the "cool" adjusters who talk out of school would mention it with breathless secrecy. But generally, when you tried to call out the adjuster or joke about it ("What does Colossus... I mean you, think of this case?") you got little to no response. Well, now it is out in the open. Adjusters will talk about it openly. They must figure that every lawsuit that can be filed over Colossus has been filed. So they can now stop trying to sweep it under the rug.

There are also companies in 2022 trying to game the system by writing demand packages that are intended to beat Colossus such as SPIN's Quad Video HALO.

The idea is to combat Colossus' insurance claims software program with another program designed to present claims in a way to defeat Colossus.

These types of programs have gotten mixed reviews from personal injury lawyers. Some believe the technology is game-changing in terms of increasing the settlement values in these cases. Others report more mixed results.

Do You Need Help Fighting for the Money You Deserve

If you are an injury victim or another lawyer fighting an adjuster spitting out a ridiculous offer from the computer, we will fight for you. Call us at 800-553-8082 or get more information about your claim for free online without any cost or obligation.

Learn More About Dealing with Colossus and AllstateLawsuits Against Allstate

Need a lawyer for a serious personal injury accident case? Call 800-553-8082 or get a free evaluation of your case online here.

Colossus
Client Reviews
★★★★★
They quite literally worked as hard as if not harder than the doctors to save our lives. Terry Waldron
★★★★★
Ron helped me find a clear path that ended with my foot healing and a settlement that was much more than I hope for. Aaron Johnson
★★★★★
Hopefully I won't need it again but if I do, I have definitely found my lawyer for life and I would definitely recommend this office to anyone! Bridget Stevens
★★★★★
The last case I referred to them settled for $1.2 million. John Selinger
★★★★★
I am so grateful that I was lucky to pick Miller & Zois. Maggie Lauer
★★★★★
The entire team from the intake Samantha to the lawyer himself (Ron Miller) has been really approachable. Suzette Allen
★★★★★
The case settled and I got a lot more money than I expected. Ron even fought to reduce how much I owed in medical bills so I could get an even larger settlement. Nchedo Idahosa
View More
Submit a Law Firm Client Review
Our Firm ›
Attorneys ›
Medical Malpractice ›
Personal Injury Practice ›
Communities Served ›
Injury Victim Help Center ›
Plaintiff Attorney Center ›
Insurance Company Insight ›