This page is about cervical dystocia injury lawsuits.  Our lawyers look at the type of accidents that cause cervical dystonia and the settlement amounts and compensation payouts juries give in these claims.

Cervical Dystonia Is Rare and Challenging

Cervical dystonia is a rare condition that only around 60,000 people in the United States have, but those who suffer from it know all too well about the pain and inconvenience that it brings.

The mechnism of injury for cervical dystonia is not fully understood.  But this injury is frequently caused by acute physical trauma. In recent years, cervical dystonia has been recognized as an aggravated type of injury resulting from auto accidents, slip and falls, and other types of personal injuries.

If you have developed cervical dystonia due to trauma caused by another person, you may be entitled to compensation. Even though this condition is not well known, large settlements have been given to victims in past years. This page is dedicated to explaining what exactly cervical dystonia is and how it applies to verdicts and settlements.

What Is Cervical Dystonia?

Cervical dystonia can cause severe, radiating pain. The neck and back muscles may be constantly strained, and being stuck in a certain posture can be incredibly uncomfortable. The most common types of abnormal postures caused by cervical dystonia include the chin twisting towards the shoulder, the head tipping forward or backward, or the head being stuck leaning to one side.

Cervical dystonia can seriously impact a person's quality of life and restrict employment opportunities due to their limited movement. Aside from physical discomfort and pain, people with this condition may also face social stigma related to abnormal physical appearance. Once someone develops cervical dystonia the condition is more or less permanent. There is no cure and treatments may only provide temporary relief. Women are more likely to get cervical dystonia, and the average age of onset is between 40 and 60 years of age.

The underlying causes of post-traumatic cervical dystonia were essentially unknown for a long time and there is still some uncertainty about how it develops. Research is still ongoing to learn more about the development and progression of this condition.

Over the last 10 years, however, the medical literature has established that cervical dystonia can be caused by sudden physical trauma, such as the impact of a car accident. These studies have identified a link between the onset of cervical dystonia and traumatic injuries to the neck such as whiplash.

These studies are now widely accepted making cervical dystonia a recognized injury that someone can suffer in an accident.

Cervical dystonia settlement amounts can have a wide range. This is partly because the condition is still being studied and there is still some debate as to whether physical trauma is a possible cause of the condition. Juries and insurance adjusters tend to be more skeptical of cervical dystonia claims. 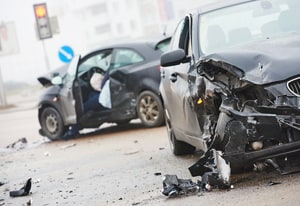 Other variables can influence the settlement amount or jury verdict in a cervical dystocia lawsuit.  The patient's prior medical history is considered, as it can determine the possibility of whether the cervical dystonia had a biological cause. The age of the victim is also important, as it is extremely rare for young people to develop this condition.

If you are a lawyer working with a cervical dystonia case, the insurance adjuster, defense lawyer, and jury need to understand that cervical dystonia is a permanent condition with no cure or effective treatment. The victim may be in pain for the rest her life.

Treatments for cervical dystonia are sparse and cannot permanently fix the condition. If severe enough, surgery may be needed, which can come with many complications.

Lawyers should also know that the literature shows that specialized physical therapy yield better results than typical physical therapy.  If your client is seeking assistance in getting therapy, you want to send the patient to a facility that can provide this higher level of care.

Some patients have had good results with botulinum toxin injections and intermittent improvement with botox injections.

Infant cervical dystonia is a movement disorder that is often caused by head trauma during childbirth.  Our lawyers handles these claims as well.  This injury also travels with other related birth injuries like a brain bleed.  Babies with infant cervical dystonia have involuntary head twisting and turning of the head.

Below are summaries of reported settlements amounts and jury verdicts from recent personal injury cases in which cervical dystonia was a primary injury alleged by the plaintiff.

There are no statistics on the average cervical dystocia settlement.  Compensation payout statistics would be particularly useless in any event because of the large range in severity for this injury.

If you have been diagnosed with cervical dystonia as a result of acute physical trauma in an auto accident or slip and fall, you may be entitled to legal compensation. Call the injury lawyers at Miller & Zois at 800-553-8082 or contact us online to discuss your potential cervical dsytonia lawsuit.