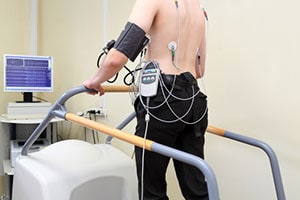 A cardiologist is a specially trained doctor that specializes in preventing, diagnosing, and managing diseases and health conditions involving the cardiovascular system which includes the heart and circulation of blood through the body.

Cardiologists are different from cardiovascular surgeons. Cardio surgeons are surgical specialists that perform surgeries involving the heart and cardiovascular system. By contrast, a cardiologist is an internal medicine doctor that primarily performs diagnostic testing and prescribes medications. Cardiologists do perform some invasive procedures such as angioplasty, pacemaker insertion, and heart catheterizations.

Our attorneys look at every malpractice lawsuit filed in Maryland. Cardiologists are frequently named as defendants in major medical malpractice and wrongful death lawsuits. As we discuss more below, in our experience litigating these cases, allegations against cardiologists usually involve diagnostic failures or misdiagnosis.

What Does a Cardiologist Do?

Many cardiologists work in private solo or small group practices with some connection or attachment to a hospital. Increasingly cardiology group practices are being acquired by hospitals and consolidated into the hospital medical systems.

This is a trend that has occurred in most medical specialties over the last 10 years but particularly in the field of cardiology. Whether through acquisition or otherwise, most cardiologists have a standing affiliation with a hospital and a large part of their practice involves in-patient care.

Cardiologists help diagnose, treat, and prevent heart diseases and health conditions involving the heart. They also focus on cardiovascular disease and conditions which involve the blood vessels. Cardiovascular and heart conditions are often interrelated. Cardiologists devote most of their time to diagnostic efforts and testing.

A patient with symptoms of a cardiovascular or heart problem will be referred to a cardiologist for testing to determine if they have a problem with their heart or blood vessels. Symptoms that might prompt a referral to a cardiologist include chest pains; abnormal heart rates; shortness of breath; and high or low blood pressure.

Cardiologists are also called in for the treatment of heart attack patients or other heart diseases such as:

Nearly half of the cardiologists in that 60% reported being sued more than one time. In our experience, malpractice claims against cardiologists usually involve some type of failure to diagnose, incorrect diagnosis, or delay in diagnosis, usually a heart attack.

This seems to be consistent with the existing statistical data which indicates that diagnostic negligence is the leading cause of cardiology malpractice claims.

So much of what cardiologists do is based on testing and identifying potential cardiovascular problems before they cause things like heart attacks or strokes.

Do Cardiologists Get Sued for Malpractice Frequently?

What Do Cardiologists Get Sued for the Most?

There are three primary causes for a cardiologist to get sued for malpractice:

A common thread you see in the malpractice cases against cardiologists is allegations of negligence based on failure to perform additional testing or failure to follow up on initial testing. Take, for example, a patient who goes to a cardiologist with shortness of breath or other symptoms.

The cardiologist performs basic, entry-level testing which comes back normal. The patient is sent home with instructions to follow-up for further testing if symptoms get worse and end up dying of a heart attack the next week from an artery blockage that maybe could have been discovered with a little more testing.

With every patient that they see, cardiologists have to decide how much testing is warranted and what type of testing to perform. This sort of diagnostic practice is exactly what leads to malpractice claims.

What Is the Average Value of a Cardiologist Malpractice Lawsuit?

Do Cardiologists Get Sued More Than Oher Doctors?

Summarized below are various medical malpractice lawsuits against cardiologists that resulted in jury verdicts or publicly reported settlements. These stories offer a good sampling of the type of medical negligence allegations that cardiologists often face (and are the most successful fact patterns).

If you have a potential medical malpractice claim against a cardiologist, Miller & Zois can help. Call us today at 800-553-8082 or contact us online.