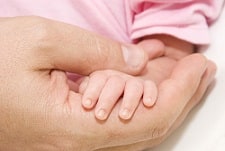 When delivery of an infant becomes somehow complicated, like when the baby’s head gets stuck momentarily, the sensitive bones and tendons of a child can easily become injured. Although swelling from delivery complications usually goes down in a few days, some more severe cases may result in permanent birth injuries. This is especially true when the brain is involved.

What Is Caput Succedaneum and How Does This Type of Injury Usually Occur?

When a baby becomes stuck during delivery, physicians sometimes use a device known as a vacuum to help dislodge the infant. Sometimes the force of this vacuum impacts the infant’s soft skull, causing severe swelling that may result in permanent brain injuries if the swelling does not subside in a few days.

Caput succedaneum is severe swelling of an infant’s skull caused by some type of impact during childbirth. The good news is that this injury usually is temporary and has no lasting impact on the child. But it can be a marker for trouble. Caput succedaneum occurred significantly more often in infants who had abnormal neurological signs. Although no harmful effects could he attributed to the caput succedaneum per se, we believe that it is likely to he an indication that similar circulatory disturbances occur at deeper structures or the fetal head (e.g. arachnoidal haemorrhage or localized brain swelling). There was nocorrelation between abnormal neurological signs and plain cephalhaematoma. The latter is often seen after a normal delivery but is not usually associated with abnormal neurological lindings.

If the swelling does not subside on its own, it could lead to permanent brain damage. Brain damage in an infant is a tragic injury that forever changes a child’s future.

But who is to blame? Sometimes it is the physician who may have used negligent delivery methods that caused the baby to be stuck, or the doctor may have used too much force in dislodging the infant with a vacuum or other device, both of which are capable of causing caput succedaneum injuries.

An interesting thing about caput succedaneum is that doctors have found a relationship between caput and mode of delivery. The larger the caput, greater the likelihood of the obstetrician ordering an operative delivery with cesarean section or vacuum extraction. 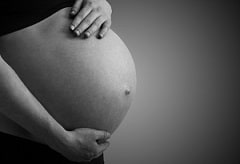 Mary is on her way to a Baltimore hospital to have her second baby. Her first baby, who was born four years prior, was born with shoulder dystocia after he got stuck in the birth canal. When Mary presented to the hospital to have her second baby, she told the nurse about the complications from her prior childbirth. Once the doctor came in, Mary began to experience pain, and her contractions were getting closer and closer. The physicians decided it was time to induce delivery.

The physicians, however, never looked at Mary’s chart to see that her first child was stuck in the birth canal during delivery. If they had looked, they would have realized that Mary may have a narrow birth canal, and a C-section might be most appropriate for delivery of her second child. The doctors instead performed the delivery in the customary fashion. During delivery, Mary’s baby became stuck in her birth canal. The doctors used forceps to remove the infant, but those forceps caused the infant’s head to swell severely. The doctors diagnosed the injury as caput succedaneum.

Mary’s loss - and her baby's loss - is unimaginable. Her baby will now have brain damage for the rest of his life. Mary wants to sue and she wants to know how much her case is worth. She likely can sue, because the physicians here were negligent in failing to consider her medical history in performing delivery of her second baby. That negligence caused the baby’s injuries. These cases may be worth a lot of money because the injuries are of such a severe and permanent nature.

Examples of Verdicts and Settlements in Caput Succedaneum Cases

The Attorneys at Miller & Zois Are Experienced in Handling Birth Injuries

Birth injuries are complex cases. They are painful and emotional for everyone, including the attorneys. But they are also potentially worth significant compensation for children and their families that desperately need money to care for their child.

If you are a parent whose infant has been injured during delivery, please contact Miller & Zois for a free claim evaluation. We are experienced and dedicated advocates who will fight to bring you justice. You can contact us at 800-553-8082 or get a free case evaluation online.

More Information
Birth Injuries
Client Reviews
★★★★★
They quite literally worked as hard as if not harder than the doctors to save our lives. Terry Waldron
★★★★★
Ron helped me find a clear path that ended with my foot healing and a settlement that was much more than I hope for. Aaron Johnson
★★★★★
Hopefully I won't need it again but if I do, I have definitely found my lawyer for life and I would definitely recommend this office to anyone! Bridget Stevens
★★★★★
The last case I referred to them settled for $1.2 million. John Selinger
★★★★★
I am so grateful that I was lucky to pick Miller & Zois. Maggie Lauer
★★★★★
The entire team from the intake Samantha to the lawyer himself (Ron Miller) has been really approachable. Suzette Allen
★★★★★
The case settled and I got a lot more money than I expected. Ron even fought to reduce how much I owed in medical bills so I could get an even larger settlement. Nchedo Idahosa
View More
Submit a Law Firm Client Review