Have you been hurt in a collision with an animal? As surprising as such an accident is to the motorist involved, sadly such an occurrence is not uncommon. This is especially true in a state like Maryland where much of our land is rural. 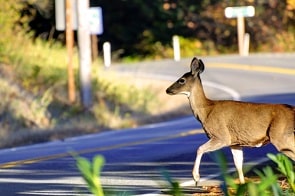 Wandering farm animals and pets, particularly on country roads, often turn into deadly roadblocks. Maryland also has the third-highest deer population in the country behind Pennsylvania and Western Virginia, making deer another potential hazard for motorists.  Michigan and Texas see fewer deer but perennially rank high on the list of animal-related car accidents. Maryland ranks 13th in the nation in animal-related accidents with about 1,500 annually. The average crash with an animal results in nearly $3,000 in damages to the vehicle.

These collisions with livestock, pets, and wild animals can also be deadly. Every year in Maryland, animal-vehicle crashes cause at least one fatality and more than 200 injuries. Farm animals and wild animals can be extremely large, weighing hundreds of pounds. Direct impact with these animals can cause serious injuries and death. Sometimes even worse, to avoid direct impact, motorists may stop short or suddenly swerve. This leads to serious accidents with other vehicles. This is called secondary impact. Death and permanent debilitating injuries are often the tragic results of such accidents.

When Are Collisions with Animals Most Serious?

The following are examples of the types of accidents we see involving animals:

What Are The Kinds of Cases That Lead to Settlements? 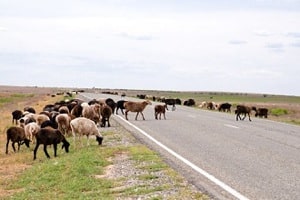 Victims in these accidents want to know what can you recover when you are injured in a car accident claim when they collide. The answer is that it depends.

Let's talk first about the type of claim where you cannot get compensation. Car crashes with deer or other wild animals if you are the driver of the vehicle. No person or company negligently released the animal - the deer or whatever the wild animal is. You can't sue the negligent deer. There is no one else to stand behind a claim. 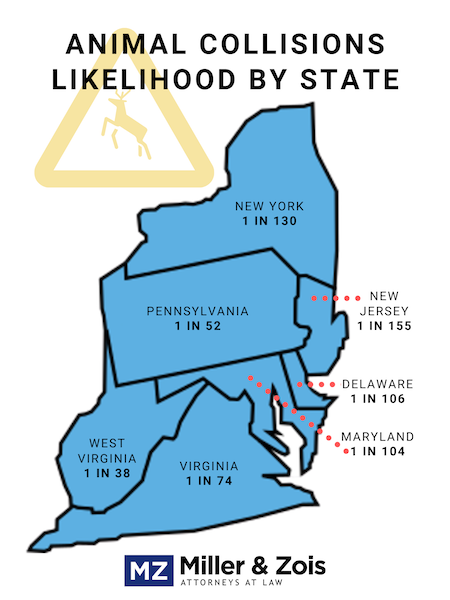 Passengers are often in better shape but the claim is against the driver. The allegations typically involve speeding or failure to drive prudently in anticipation of all risks, including darting animals. Are these claims viable? It depends on the case. Keep in mind that the defendant need only be a cause of the crash, not the sole cause.

The type of viable claims are where the victim was hurt by an animal that should have been restrained. This is usually a wreck with a pet or commercial livestock. In these cases, there are viable claims against the owner of the animal for their failure to properly restrain the animal. It is their negligence that is at issue in that case.

Who Will Pay Any Settlement or Verdict for My Injuries from Hitting an Animal?

On the other hand, if the animal is a pet that was not properly restrained or kept on a leash, there is money behind a claim if the owner of the animal had homeowner's insurance, renter's insurance, or some other policy that would cover the loss. People are surprised at how expansive homeowners' policies are in this regard.

Of course, if we are dealing with animals owned by a farmer or other commercial entity, there is usually insurance behind these claims. These are the best types of claims for hitting animals in the roadway and you will see that below in the settlements and verdicts. A cow is rarely on the highway without someone's negligence for that cow's escape.

Will Is Hitting an Animal an At-Fault Accident That Will Cause My Insurance Rates to Rise?

Can Livestock Use Public Highways?

This sounds like a silly question, right? But, the historical right to travel with livestock on public highways continues in 2021 under Md. Code Ann. Agric. § 3-502. Maryland law requires, however, that the herd must be attended to by a competent person and that warning lights must be used at night. There is even a law specific to those lights. Agric. § 3-503 mandates that front and rear attendants "shall carry a red lighted lantern from 30 minutes after sunset until sunrise to warn all persons approaching the herd so that proper precaution may be taken concerning passing the herd."

Is There Liability When a Pet Gets Loose and Causes an Accident?

Maryland law is like to find the pet owner negligent if a dog or cat gets loose and causes a car accident? In Hammond v. Robins, a nearly 40-year-old Carroll County case is likely to be instructive to a Maryland court. In that case, a dog ran in front of two people on a tandem bicycle. The court sustained a $19,108 just verdict finding the dog's owner responsible, ruling that all the law requires is that "the owner's negligence be the proximate cause of the injury which could reasonably have been anticipated; it is not necessary to have foreseen the particular injury which did happen, or the exact manner in which the injury occurred."

The following are two examples of jury awards for victims of a collision with an animal: 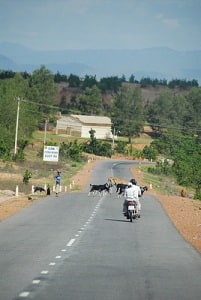 Getting a Lawyer For Your Claim

If you or someone you care for has been injured in a car wreck caused by an animal in the roadway, contact the attorneys at Miller & Zois right away. We are highly experienced Maryland accident attorneys who have won verdicts and settlements for victims of all types of car accidents. We are here to guide you through the legal process and we will do our very best to secure a positive outcome for you and your family. Call 800-553-8082 or contact us online.

Related Articles and Samples
Car Accidents Involving Animals
Client Reviews
★★★★★
They quite literally worked as hard as if not harder than the doctors to save our lives. Terry Waldron
★★★★★
Ron helped me find a clear path that ended with my foot healing and a settlement that was much more than I hope for. Aaron Johnson
★★★★★
Hopefully I won't need it again but if I do, I have definitely found my lawyer for life and I would definitely recommend this office to anyone! Bridget Stevens
★★★★★
The last case I referred to them settled for $1.2 million. John Selinger
★★★★★
I am so grateful that I was lucky to pick Miller & Zois. Maggie Lauer
★★★★★
The entire team from the intake Samantha to the lawyer himself (Ron Miller) has been really approachable. Suzette Allen
★★★★★
The case settled and I got a lot more money than I expected. Ron even fought to reduce how much I owed in medical bills so I could get an even larger settlement. Nchedo Idahosa
View More
Submit a Law Firm Client Review
Our Firm ›
Attorneys ›
Medical Malpractice ›
Personal Injury Practice ›
Communities Served ›
Injury Victim Help Center ›
Plaintiff Attorney Center ›
Insurance Company Insight ›