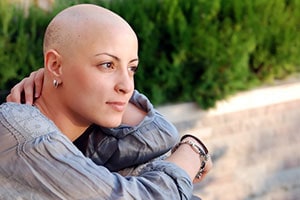 Taxotere (Docetaxel) is a chemotherapy drug that is designed to kill cancer cells inside the body. Taxotere is used in combination with other drugs as part of chemotherapy treatment for cancer. Taxotere is most widely utilized for the treatment of breast cancer but it is also approved for use in treating prostate and small-cell lung cancer. Like all chemotherapy agents, Taxotere works by attacking cancerous cells within the body and preventing them from multiplying. This drug is a part of a family of drugs commonly known as Taxanes.

Taxotere was originally developed and patented by the New Jersey pharmaceutical company Aventis, which is now Sanofi-Aventis an international pharmaceutical giant headquartered in Paris, France. The drug was first approved in the U.S. in 1992. The original patent on Taxotere expired in 2010 but generic versions of the drug are somewhat limited so Sanofi-Aventis continues to be the primary manufacturer.

Taxotere is a very powerful drug that is administered intravenously under the supervision of an oncologist. Doses of Taxotere are given along with other chemo drugs usually in 2-4 week intervals. Chemo drugs like Taxotere not only attack and kill cancer cells within the body, but also other types of non-cancerous cells in the body which have a similar cellular structure. As a result of this indiscriminate attack on certain types of cells, all anti-cancer chemotherapy drugs have a host of very harsh side-effects including nausea, fatigue and hair loss.

Are drugs like Taxotere necessary? Sadly, they are. But they save lives. Our lawyers get that. Women with breast cancer would almost certainly agree to permanent baldness if it was undeniably the best chemotherapy to defeat their cancer.

But this was not the case and that is why lawsuits -- 700 at last county -- are being filed. A study published in the New England Journal of Medicine concluded that Taxol was the better chemotherapy for patients undergoing typical adjuvant chemotherapy with doxorubicin and cyclophosphamide. There are also other chemotherapies on the market that did not subject women to permanent alopecia like Taxotere.

Most people have a general understanding that chemotherapy drugs that are used to fight cancer cause people to lose their hair. The reason for this is that chemotherapy drugs are designed to attack certain types of cells in the body, specifically cells that multiply very quickly like cancer. The cells involved in human hair growth are similar to cancer cells in that they multiply rapidly. When chemotherapy drugs are introduced into the body they cannot differentiate between cancer cells and hair growth cells and they end up attacking both. The connection between hair loss and chemotherapy is well recognized. However, hair loss from chemotherapy treatment is supposed to be a temporary side effect not a permanent scar. When someone's chemotherapy treatment ends they reasonably expect their hair to grow back. Some people have to wait longer than others for their hair to return but it eventually reappears once their hair growth cells are no longer being destroyed by chemo agents.

The problem with Taxotere is that in certain people it actually causes hair loss that is permanent. Not long after Taxotere was originally approved for use in cancer treatment complaints of permanent hair loss in certain patients started being reported. Initially these individual reports were not considered significant. But then in 1998 the drug manufacturer received the results of a long-term study (GEICAM 9805) on the general effectiveness of Taxotere. Although the study found that Taxotere was effective at fighting cancer it also disclosed a very sad side effect. The GEICAM study confirmed for the first time that Taxotere did in fact cause permanent hair loss in a certain subset of patients. Permanent hair loss was reported in over 10% of the test group with prolonged hair loss experienced by even more patients. Several patients in the study suffered permanent hair loss after just a single dose of Taxotere.

Ultimately, this is a failure to warn case. Women taking this drug were denied the chance to make an informed choice with their doctors as to whether the benefits of Taxtore were worth the risk of permanent hair loss. Since at least as early as 1998 when the results of the GEICAM study were received, the manufacturer of Taxotere had clear knowledge that the drug would cause permanent hair loss in certain patients. When the company became aware of this alarming and unanticipated side effect, Sanofi-Adventis made a business decision not to disclose the information publicly. Sanofi-Adventis deliberately withheld the GEICAM study results regarding permanent hair loss because it was concerned that this disclosure would scare people away from the drug. Instead of issuing a clear warning that its drug may cause permanent hair loss in some people, Sanofi-Adventis issued a deliberately vague statement on the Taxotere label:

"Hair loss will begin after the first few treatments and varies from patient to patient. Once you have completed your treatments, hair generally grows back."

After the GEICAM study, Sanofi-Adventis clearly understood the statement "hair generally grows back" to be false and misleading. Beginning around 2005 additional studies and research on Taxotere repeatedly and conclusively reaffirmed that a certain percentage of people would suffer permanent hair loss after using Taxotere. Nevertheless, Sanofi-Adventis continued to ignore this mounting evidence for another 10 years, made billions of dollars, and made no changes to its warning label for Taxotere. It was not until 2015, under pressure from the FDA, that Sanfoi-Adventis finally revised its prescribing label for Taxotere. The new label for Taxotere now states that "cases of permanent hair loss have been reported."

Drug manufacturers have a legal obligation to affirmatively warn doctors and patients about any known health risks or side effects associated with their drug. Warning about known side effects and risks is very important because it gives doctors and patients a fair opportunity to evaluate the risks and benefits before taking a medication. Individuals who suffered permanent hair loss from Taxotere are now filing lawsuits against Sanfoi-Adventis based on its failure to warn about this known side effect. The plaintiffs in these lawsuits are asserting that if they had known that Taxotere caused permanent hair loss they would have never taken the drug for their cancer treatment.

The potential damages being sought by Taxotere plaintiffs stem from the serious mental and emotional harm caused by permanent hair loss. Although hair loss does not have any physical impact on a person's health, numerous studies have established that hair loss can cause devastating psychological harm and significantly diminish a person's quality of life. The painful impact of hair loss is particularly acute for women recovering from breast cancer. Permanent hair loss for a woman can destroy her self-esteem, sexuality and social functioning. The anxiety and stress of permanent hair loss from Taxotere has literally ruined the lives of hundreds of women who received the drug as part of their breast cancer treatment. All of these women would never have used Taxotere if they knew that their hair might not grow back afterwards.

Thousands of individual Taxotere lawsuits have been filed against Sanfoi-Adventis nationwide. All of the Taxotere lawsuits in Federal Courts have now been consolidated into an MDL (Multi-District Litigation), which is a very common procedure in mass tort pharmaceutical cases. The MDL is in the Eastern District of Louisiana and currently includes more than 8,500 individual lawsuits. Another 350 cases were filed against Sanfoi-Adventis in New Jersey state courts. For more information about MDLs see our page on How MDL Works.

If you or a family member has suffered permanent hair loss from the chemotherapy drug Taxotere, you may be entitled to receive financial compensation for what you are going through. The lawyers at Miller & Zois can help investigate and file your case and make sure you get included in any sort of global settlement that emerges from the pending Taxotere MDL. Call us at 800-553-8082 or get a free online consultation today.