A recent investigation revealed that Earth’s Best Organic baby food (manufactured by Hain Celestial Group, Inc.) contains dangerously high levels of toxic heavy metals such as mercury, lead, arsenic, and cadmium. Exposure to these hazardous metals during infancy and childhood has been linked to numerous neurologic disorders such as ADHD and autism.

Our national product liability lawyers are currently accepting new cases from children (and their parents) who consumed Earth’s Best Organic baby foods and were subsequently diagnosed with autism, Attention Deficit Disorder (ADD or ADHD), or other neurologic health conditions.

Our baby food autism attorneys get inquiries every day from parents looking to file an Earth’s best toxic baby food autism lawsuit for their child in 2023.  Call our lawyers today for a free consultation at 800-553-8082 or reach out to us online. 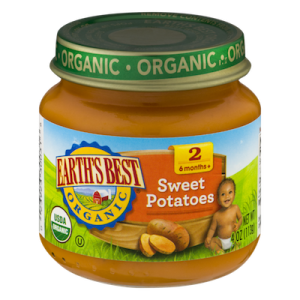 Arsenic, lead, mercury, and cadmium are heavy metals that are acutely toxic to the human body. Exposure to these types of metals during infancy and childhood has been shown to cause neurological problems in the developing brains of children.

The U.S. House of Representatives Subcommittee on Economic and Consumer Policy released an investigation report in February 2021 entitled Baby Foods Are Tainted with Dangerous Levels of Arsenic, Lead, Cadmium, and Mercury (the “Congressional Report”). The Congressional Report contains the findings from an investigation into allegations that major baby foods were being sold with high levels of toxic heavy metals. The Subcommittee’s findings were based on laboratory testing as well as internal documents voluntarily provided by several baby food manufacturers.

The investigation results in the Congressional Report confirm that Earth’s Best Organic baby foods are contaminated with “significant levels of toxic heavy metals, including arsenic, lead, cadmium, and mercury.” The Congressional Report also summarized the scientific evidence establishing that exposure to these materials is harmful to infant neurological development.

The Congressional Report found harmful levels of toxic metals in baby food products from 7 of the biggest manufacturers in the U.S., including Hain Celestial Group, which sells baby food products under the popular brand Earth’s Best Organic. The exact levels of these harmful metals found in the various food brands are detailed in the Congressional Report. Earth’s Best Organic had some of the highest levels of all brands, well above the maximum safe levels set by the FDA.

Here is what else we learned about Hain that has been a focus of Earth’s Best autism lawsuits.  In August 2019, Hain held a closed-door meeting with the FDA.  Hain provided the FDA with information on the toxic metals in Earth’s Best.  Hain confessed that ingredients in its Baby Food may contain as much as 108 to 129 ppb of arsenic.

Heavy Metals in Baby Food May Cause Autism and Other Conditions

It has been known for a long time that heavy metals have toxic health effects, but a growing body of medical research is emerging that specifically connects exposure to these materials to the development of autism, ADD, and other neurologic disorders. Higher rates of autism have been linked to regular exposure to heavy metals during gestation, infancy, and childhood.

A 2014 study was one of the first to evaluate the impact of prenatal and early infancy exposures to mercury. The study found that mercury exposure caused a twofold increase in the risk of being diagnosed with autism or ADD. A similar study on children in Korea was published 3 years later and found a similar connection between exposure to mercury and autism/ADD rates.

Arsenic exposure was recently linked to higher autism rates in a meta-analysis study published in 2019 by a research team at the University of Buffalo. A more comprehensive study was published in 2020 which found the same positive association between exposure to mercury, arsenic, and cadmium during infancy and higher rates of autism.

The Congressional Report detailing the levels of toxic heavy metals in baby foods like Earth’s Best Organic has sparked a number of product liability lawsuits against Hain Celestial by parents claiming that their children developed autism (or other disorders). These lawsuits are partly based on the findings in the Congressional Report which clearly show that Hain Celestial knew that its baby food products contained heavy metals well above the maximum safe limits set by the FDA and decided to sell them anyway.

Since the Congressional Report was published in February 2021, Hain Celestial has been named as a defendant in a number of consumer class action and product liability lawsuits involving toxic metals in baby food products. Our firm is currently seeking toxic baby food lawsuits. Call today for a free consultation.

Why Is There Heavy Metal in Baby Foods?

Heavy metals occur naturally in the environment and make their way into soil and water which then get absorbed into crops like rice and wheat as they grow, which are incorporated into baby foods as raw ingredients.

What Types of Baby Foods Have the Highest Levels of Heavy Metal?

Certain plants, particularly rice, absorb heavy metals in the soil and water more than others. As a result, rice-based baby foods tend to have higher levels of heavy metals than other types of products. Carrots and sweet potato products also tend to contain high cadmium levels.

No. Organic baby foods may contain higher levels of heavy metals because even though they don’t use pesticides, they are made from ingredients like brown rice which absorb these metals from the soil and water as they grow.

Our baby food lawyers are representing children with autism and their families.  Call our law firm today for a free consultation at 800-553-8082 or reach out to us online.