Talcum powder is now the hottest mass tort in Maryland. Lawyers, like us, frankly, are inspired by these verdicts to get this cases because the expected settlement value for cases that are clearly linked to ovarian cancer are in the millions. This article takes a step back to look at the science of these cases and what information was out there for the FDA and manufacturers like Johnson & Johnson. This article sheds more light on the use of talcum powder and its association with ovarian cancer.

Talcum powder is a moisture-reducing agent that has been widely used as a cosmetic product to reduce moisture on the skin. Over the years, thousand of Maryland women have used talcum powder to keep their vaginal area dry. Talcum powder is composed of talc, a mineral containing magnesium, silicon, and oxygen. Naturally, talc contains asbestos, which has been known to cause lung cancer. However, since the 1970s, talcum products used in the U.S. homes have been asbestos-free. Over the years, the use of talcum powder has been accumulating that it increases the risk of ovarian cancer.

How Talcum Power May Cause Ovarian Cancer

The International agency for Research on Cancer (IARC) has classified talc-based powder as possibly carcinogenic. The theory regarding talcum powder's ability to cause ovarian cancer is as follows: once a woman puts the powder on her vagina, it gradually gets absorbed inside the vagina, from where it travels up through the reproductive tract and into the ovaries. The physiological process regarding how the powder may turn ovarian cells into cancerous cells is not entirely clear. It is possible that talc causes mutations in ovarian cells' DNA that eventually turn these normal cells into cancerous cells. Interestingly, it has been suggested that talc exposure may lead to pelvic inflammation, including ovarian epithelial inflammation. Inflammation leads to cell damage, cellular stress, and elevation of certain cell-signaling proteins, all of which contribute to mutations in cells' DNA. Thus, once talc usage leads to pelvic inflammation, it would be inflammatory process that would eventually lead to ovarian cancer. Support for this theory comes from another study which showed that the anti-inflammatory drug aspirin was associated with a reduction in ovarian cancer.

How the Research Has Been Conducted

There are two ways investigators have measured whether talcum powder is associated with ovarian cancer: through laboratory studies in animals, and through studies in people. Laboratory studies in which animals were exposed to asbestos-free talc showed mixed results with some studies suggesting cancer formation, while others did not find any formation of cancer. Studies in people have also provided mixed results, which are discussed more thoroughly below.

A study published in 2013 in Cancer Prevention Research (Philadelphia, PA) investigated 8,525 cases and 9,859 controls. It is the one study the defendants in this case keep coming back to argue that talcum powder does not cause ovarian cancer. The results of the study suggested that genital powder was associated with a modestly increased risk of epithelial ovarian cancer compared to women who never used genital powder. Besides epithelial ovarian cancer, the risk was also slightly increased for invasive serous, endometroid, clear-cell tumors, and borderline serous tumors. There was no increase in risk in cancer among women who only used non-genital powder. Hence, the study concluded a small-to-moderate increase in ovarian cancer risk among women who use genital powder, including talcum powder.

Another study published in 2000 in the Journal of the National Cancer Institute investigated 121,700 female registered nursed in the United States aged 30 - 55 years at enrollment in 1976. Of those nurses, 40.4% reported ever using talc and 14.5% reported using talc daily. According to the results, there was no association with the use of talc and epithelial ovarian cancer. There was also no increase in risk of ovarian cancer with more frequent talc usage. However, there was a modest increase in risk in invasive serous ovarian cancer. Thus, this study did not provide a substantial association of talcum powder with ovarian cancer.

Although the results of the 2013 and 2000 studies may appear contradicting, their approach was different for each study. The 2013 study was a population-based case-control study which relied on people's memory of previous powder use, whereas the study published in 2000 was a prospective study that measured talc exposure before the cancer diagnosis was made. Which one sounds more reliable to you?

What Was Known About Talcum Powder 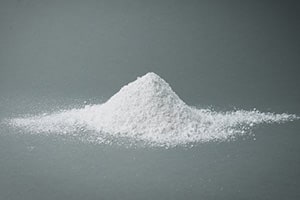 Talc makers like Luzenac America and companies like Johnson & Johnson knew there was research out there expressing concern about talc since a least the 1970s. In 1982, an epidemiological study suggesting a link between cosmetic talc with ovarian cancer. The author of that paper, Dr. D.W. Cramer, went to J&J and argued that there should be a meaningful warning on talc products or they should be taken off the market. There is little doubt that such a warning would have had an adverse impact on sales.

More studies were conducted the 80s and 90s suggesting the at least the possibility of a correlation between ovarian cancer and talc-based feminine hygiene products. But there was no warning.

In 2015, another article came out suggesting a strong association between ovarian cancer and talcum powder. The study over 2,000 women found that women who regularly used talcum powder for feminine hygiene had a 33 percent higher risk of ovarian cancer. The author? Dr. D.W Cramer, the same doctor that went to J&J in the 80s and told them of this problem. The question we will never know is how many women died between these two studies who never knew there could be a greater risk of cancer using talcum powder.

Getting a Maryland Lawyer for Your Claim

Do you want to know whether you are eligible to bring a talcum powder lawsuit? For a free legal consultation to determine whether you may be entitled to money compensation for the harm that has been done, contact our lawyers at Miller & Zois by call 800-553-8082. You can also reach us by filling out this free case evaluation form.