February 11, 2022 Update: On February 7, 2022, 3M and its subsidiary, Arizant Healthcare, filed a writ of certiorari petition with the Supreme Court. The petition sought to have the court evaluate whether the Court of Appeals' August 2021 ruling was too lenient in allowing plaintiffs’ expert witness testimony. It argued that the plaintiff expert witness’ testimony was unreliable. The petition also argued that Appeals Court’s decision to exclude some plaintiff testimony showed that it acknowledged the testimony’s flaws.

The lawyers certainly differ on how the Bair Hugger bellwether trials should proceed. The plaintiffs' lawyers suggested that the parties and the Court should plan to remand significant waves of cases for discovery and trial in several transferee courts. 3M disagreed, arguing that remanding these cases would be “premature.” It indicated that additional bellwether trials were “warranted.” However, it argued that the parties would need to carefully select sets of cases to ensure they are ready for trial by early 2023.

January 3, 2022 Update: A trial judge had dismissed nearly 6,000 federal lawsuit because it did not believe the plaintiffs' lawyers had produced experts that could bring a viable claim in court. But, yesterday, the 8th U.S. Circuit Court of Appeals said the MDL judge overseeing the warming blanket lawsuits wrongly excluded testimony from medical experts supporting the plaintiffs' claims.  The appeals court found that Plaintiffs’ medical engineering expert opinions on causation could be derived from models and epidemiological that suggests a causal connection between infection and the Bair Hugger. This is a tough blow for 3M who also the defendant in the defective earplug lawsuits that is the biggest mass tort in U.S. history.
On November 9, 2021, the U.S. Court of Appeals for the Eighth Circuit rejected 3M’s request to review the Court of Appeal’s August 2021 decision. This meant that the cases remained reinstated and returned to the lower court. The only path for 3M now is the Supreme Court.  It is a long shot that the Supreme Court would even hear the case, much less overrule the 8th Circuit.

What Does A Bair Hugger Do? 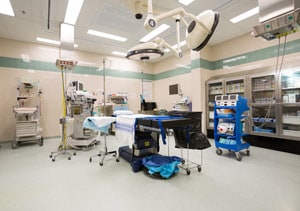 The Bair Hugger warming blanket is a well-intended invention. During surgery, the body temperature drops, as a result of anesthesia. When the body temperature drops, both bleeding and recovery time are increased. Knowing this reality of surgery, an anesthesiologist came up with the idea of the Bair Hugger warming blanket back in the 80s.

The Bair Hugger is a heater and blower connected by a flexible hose to a disposable blanket. The Bair Hugger keeps the patient warm by blowing hot air on the patient, allowing their body temperature to remain at a constant 98.6 degrees Fahrenheit.

The device has become extremely popular across the USA, considering that it is used in nearly 90% of all major surgeries. It has also been effective in treating hypothermia and exposure. More than 50,000 Bair Hugger units are currently in use across the country.

So Why Is This Device Potentially Dangerous?

Operating rooms use Laminar Air Flow Systems, which constantly circulate filtered air throughout the operating facility. These systems prevent airborne contaminants from finding their way into an open incision and causing an infection.

Because the air exhausting from the Bair Hugger blanket is warmer than the operating room temperature, a strong natural convection fluid flow current will be established. This causes the warmer air to move upwards past and perhaps through the operating field. This disrupts the flow protection against entrainment of contaminating bacteria from the surrounding uncontrolled air volume.

So the Bair Hugger system has the potential to disrupt air systems by allowing some of the warm air emitted from the machine to cycle below the operating table. Once there, it can collect bacteria and carry it to the operating table. Bacteria then has the potential to enter incisions, which could obviously lead to infection. Joint replacement surgeries involving the Bair Hugger seem to produce the biggest risk of infection given how difficult deep joint infections are to treat.

Did The Manufacturer Know About This Problem?

There is an interesting story behind this device. Its inventor sold his stake in the company and the invention back in 2002, after a dispute with his board of directors. They soon changed their name and became a subsidiary of 3M. In 2010, the inventor wrote to the company warning them about the dangers of the Bair Hugger. He insisted that a mandatory recall was imminent and that the company would not survive. His old company was hardly pleased and actually sued him for slandering the product. They insisted that he was merely trying to disparage his old company in the name of promoting his new surgical warming product, the Hot Dog.

Despite the inventor’s warnings, medical journals dispelled them as myths. However, more and more complications are being reported from patients who received infections after undergoing surgery, involving the Bair Hugger.

As of 2019, 4000 federal lawsuits have been filed alleging that 3M knew that the design increased the risk of joint infections, yet neglected to redesign the product. But the biggest issue is going to be the failure to warn. Did 3M step up when they knew there was a problem; so doctors and patients had the opportunity to make an informed call on whether to use a Bair Hugger? That is the key issue in these lawsuits.

Plaintiffs' lawyers contend that 3M knew about the risks the Bair Hugger, at least since 2011. Despite this knowledge, there was never an attempt to redesign their product or simply warn surgeons of the risks. That is what these cases will ultimately be about. Maybe they should have fixed the Bair Hugger. Maybe it was not possible. But the key claim is that health care providers should have been warned about the true risks of the Bair Hugger, including that the Bair Hugger might be circulating contaminated air that could cause infections.

Before we leave this topic, let's dig a little deeper on exactly what the problem is with the Bair Hugger. The most likely theory that will work for plaintiffs is the "Reservoir of Infection" theory. This theory, postulated by plaintiffs' experts, contends that Bair Hugger pulls the bacteria from the operating room floor and puts it back into the air without an adequate filter. This escaped air creates air flow currents that flow against the downward air flow of the operating room. So as warm air rises, bacteria is transported from the floor of the surgical room into the patient's surgical wound. This theory has been around long before the lawsuits began to fly in this litigation. Specifically, one expert contends that the "air velocity at the floor under the Bair Hugger is sufficient to entrain particles from the floor."

Should I Seek Legal Representation?

Chances are if you received a knee or hip implant, a Bair Hugger was used during your surgery. The device is used in approximately 80% of all implant procedures. Why are we focused on hip and knee? Patients undergoing hip and knee joint replacement procedures are especially at risk for infection because the procedure is long and invasive.

If you received an infection and had to undergo a subsequent surgery, you should discuss your options with an attorney. Some of the key signs of infection in these cases would include: fatigue, fever, pain, stiffness, swelling, redness around the incision, and wound drainage. If you have experienced these side-effects and required revision surgery, discussing your case with an attorney is necessary.

Is There a Class Action?

There are now over 5000 surgical infection victims with cases pending. There has been one bellwether trial that resulted in a verdict for the defendant. The lawsuits in state court in Minnesota -- only about 60 or so -- have been dismissed.

The result? Many Bair Hugger victims' lawyers have run for the hills. Google "Bair Hugger Lawsuit" and you no longer see a long stream of paid ads (bizarrely, you see ads for another 3M product, Combat Arms earplugs).

But there is a reason to still be encouraged. [Update: not really.] Mass tort cases usually begin with defense verdicts. The bar to bring a medical/scientific case is must stricter in Minnesota state court (Fyre-Mack test) than it is in federal court. Just one victory in court -- just one -- would totally change the landscape of this litigation. We hope to update this page soon with news of a plaintiffs' victory.

Unhappy Ending to These Claims May Be Near?

The key to a federal MDL is marshaling the evidence to get to trial. In August 2019, U.S. District Judge Joan Ericksen dismissed over 5,000 lawsuits. Why? The judge found that the science does not support the plaintiffs' theories. Yes, plaintiffs' lawyer will appeal. But the odds of success are now extremely low.

Update: Our lawyers are leaving this pessimistic take on this litigation up. Now, with the new 8th Circuit opinion, the 3M Bair Hugger lawsuits have fresh life.

Are our lawyers back to taking Bair Hugger cases? We are not. Why? The reason these cases were dismissed is the same reason why they are a real challenge at trial: they will be really hard to prove. It is not that we do not think that Bair Hugger caused infections because we do. But proof in most cases will be a challenge.