Uloric (febuxostat), which was approved by the FDA in 2009, is a urate-lowering prescription medication designed to treat gout by suppressing the excess production of uric acid. This page is about Uloric lawsuits involving heart-related deaths.

Our lawyers last updated this page on December 6, 2021. Most of the updated information is provided at the bottom of the page. 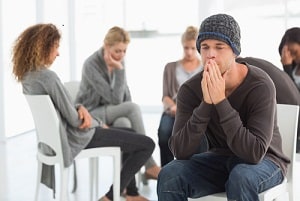 Uloric (febuxostat) is a popular prescription drug used for the treatment of gout. Growing concerns about the potential cardiovascular health effects of the drug have recently prompted to FDA to require an infamous black-box safety warning on Uloric.

No question is much we need to learn right now about these claims. But many mass tort lawyers believe this will likely lead to a new wave of Uloric product liability lawsuits.

Gout is a painful medical condition that is triggered by the abnormal buildup of urate crystals around the joints. Urate crystals are a product of uric acid accumulation in the blood. Uric acid is something that is naturally produced inside the body. When levels of uric acid are within normal ranges it gets partially dissolved in the bloodstream and then eliminated from the body through urination. Most patients with Gout exhibit elevated serum uric acid levels long before symptoms arise.

Gout is a challenging disease. Gout is associated with obesity, hypertension, kidney disease, hyperlipidemia, metabolic syndrome, and cardiovascular disease. Gout is most commonly seen in males over fifty years of age. But our lawyers know young, fit people who have gout.

In people with gout, their body is either overproducing uric acid or not disposing of uric acid quickly enough resulting in a uric acid backlog inside their body. This accumulation of uric acid eventually causes urate crystals to formulate and start clogging up around joints.

Usually, with gout, the urate crystal buildup occurs in around the joint in the middle of the big toe. This causes inflammation and significant pain and discomfort which can limit the person’s mobility.

Treatment options for gout fall into 1 of 2 general categories: (1) treating the disabling symptoms of gout attacks such as inflammation and pain, and (2) treating the underlying causes of gout attacks to prevent them from occurring. Both gout treatment strategies are based on the use of prescription medications.

Treating the pain and swelling when gout flare-ups occur is primarily done with painkillers and anti-inflammatory drugs. Treatment strategies aimed at preventing gout attacks from occurring utilize 2 different types of medications: (1) medications that slow down the production of uric acid; and (2) medications that speed up the breakdown and disposal of uric acid in the body.

Uloric falls into the first category because it is supposed to decrease the volume of uric acid produced in the body.

Uloric is the brand name for a drug called febuxostat, which is a nonpurine inhibitor of xanthine oxidase. It is designed for patients with hyperuricemia and gout. It is particularly sought out by patients who have exhibited sensitivities to allopurinol. Before Uloric, Allopurinol was the first-line drug in the treatment of hyperuricemia and gout.

Uloric was developed and patented by a Japanese pharmaceutical company called Takeda Pharmaceuticals. It was first approved by the FDA for use in the treatment of hyperuricemia in 2009.

So Uloric is a urate-lowering prescription medication designed to treat gout by suppressing the excess production of uric acid. Hyperuricemia is not gout. It is an excess of uric acid in the blood – which is what eventually triggers gout.

Uloric belongs to a family of drugs called xanthine oxidase inhibitors (XOIs). These types of drugs work by essentially blocking the metabolic process inside the body that generates uric acid.

This resulting in lower levels of uric acid in the bloodstream which helps prevent the accumulation of urate crystals that trigger gout flare-ups.

Even when Uloric was initially approved for use by the FDA in 2009 there were already ongoing questions and concerns about the safety of the drug. The 2009 FDA approval came only after two failed attempts for FDA approval in 2005 and 2006.

On both of those prior attempts, the FDA refused to approve Uloric because clinical trials indicated that the drug presented a significant increase in serious cardiovascular problems in certain users.

Takeda was eventually able to get the drug approval in 2009 by performing a new clinical trial which yielded better results. However, the FDA still had some reservations so the 2009 approval came with several conditions. First, Takeda was required to put warnings on the drug label about potential cardiovascular risks. Second, the FDA mandated that Takeda perform a significant post-approval safety study and present the results of that long-term research to the FDA several years later.

The preliminary results of Takeda’s post-approval study on the safety of Uloric were submitted to the FDA sometime in 2017 and immediately raised many red flags. This prompted the FDA to immediately issue a drug safety notice about Uloric in November 2017. The 2017 drug safety communication explained that the preliminary study results on Uloric indicated that the drug caused increased rates of heart-related problems and fatalities.

In August 2018 the FDA received and began its review of the comprehensive safety-study results for Uloric. After several months of in-depth evaluation and analysis of the Uloric study results, the FDA finally issued an updated safety warning in February 2019. In that safety warning the FDA definitively concludes that: “there is an increased risk of death with Uloric (febuxostat) compared to another gout medicine[.]”

Some public interest groups urged the FDA to require a full-blown recall of Uloric in response, but the agency stopped short of taking Uloric off the market completely. Instead, the FDA imposed a “black box warning” requirement (the most serious type of FDA safety warning) on Uloric.

It also amended Uloric’s approval to restrict the drug’s approved use to only those patients who cannot be effectively treated with alternative medications. This is expected to severely restrict future use of Uloric and eliminate as much as 80% of the drug’s market.

The more general concerns about the safety of Uloric were further compounded in 2012 when a former Takeda employee filed a whistleblower lawsuit accusing the pharmaceutical company of failing to disclose hidden dangers associated with Uloric.

Specifically, this Uloric lawsuit claimed that Takeda was aware that Uloric could be fatal when taken with certain other drugs such as methadone and Imuran. The suit by the former employee further alleged that Takeda knew that Uloric caused serious kidney and bone marrow failures.

According to the whistleblower complaint, Takeda not only failed to publicly disclose these dangers but took steps to deliberately conceal these safety concerns to protect the marketability of Uloric over other gout drugs. The lawsuit was eventually dismissed based on procedural flaws in the complaint, but the U.S. Department of Justice opposed that dismissal on public policy grounds.

Uloric Lawsuits Did Not Lead to Many Claims or Global Settlement

The FDA safety warning and new restriction on what Uloric is approved for were just published recently. Anyone who has been or still is taking the prescription drug Uloric for the treatment of gout should contact their doctor immediately to find out whether it is safe to continue taking it.

The Uloric lawsuits against Takeda have not gone very far. There is no Uloric class action lawsuit. Still, we do not know what will happen. The settlement upside of these cases could be high because many of these claims are going to be wrongful death lawsuits.

Note: his page was originally written in 2019. It is now January 2023. We deleted our “thousands of Uloric lawsuits” predictions. We were wrong.  These lawsuits frankly did not progress the way our lawyers expected when we first wrote this page.

Most attorneys marketing for Uloric lawsuits have exited the stage when the litigation did not pan out as expected. Similarly, our firm is not currently investigating these gout medicine lawsuits. Our lawyers are tempted to take this page down. But people considering bringing Uloric lawsuits are better served to understand the status of the litigation.