Recent news developments regarding the liver disease drug Ocaliva suggest this FDA-approved medication may pose previously unknown health hazards, including liver cancer.  Although Ocaliva is a new medication that is not yet widely prescribed, it's important to know the risks associated with this drug and what it could mean for your health.

Ocaliva (obeticholic acid) is a medication for the treatment of primary biliary cholangitis (PBC), a rare chronic liver disease. Ocaliva, is a bile acid analog, a chemical substance that has a structure based on a naturally occurring human bile acid, that selectively binds to and activates the farnesoid X receptor, or FXR.  Ocaliva activates the receptor that regulates bile acid levels in the body.

According to manufacturer Intercept Pharmaceuticals, the drug is "indicated for the treatment of primary biliary cholangitis (PBC) in combination with ursodeoxycholic acid (UDCA) in adults with an inadequate response to UDCA, or as monotherapy in adults unable to tolerate UDCA."

In effect, the drug prevents the buildup of bile, which can damage the liver's ability to function over time. Ocaliva was approved by the Food and Drug Administration (FDA) in 2016.  Ocaliva is used in combination with the standard PBC therapy, ursodeoxycholic acid, or alone in patients unable to tolerate first line of defense treatment.

The FDA's New Concerns About Ocaliva

In September of 2017, the FDA issued an emergency health communication after 19 patients taking Ocaliva died and at least 11 others were discovered to have developed liver disease. The release advised consumers that excessive doses of the drug may result in serious liver injury or death. However, the FDA also reports that Ocaliva may also cause liver damage for those taking the correct dosage given other existing health factors. The release advises physicians to monitor patients taking Ocaliva and discontinue use if any liver injury is suspected.

We only know what happened in19 deaths. In seven of these tragic fatalities, the cause of death was listed as a worsening of primary biliary cholangitis. The other case identified cardiovascular issues.

We do not know quite what happened. The FDA expressed concern that perhaps the victims may have taken too much Ocaliva. The recommended starting dosage of Ocaliva is 5 mg, with a maximum weekly dosage of 20 mg.

In several cases, patients with moderate to advanced liver impairment were reportedly receiving Ocaliva daily in 5 mg doses. This amounts to 35 mg per week, well above the recommended maximum dosage. Whether there is any evidence to support this or whether this is just classic "blame the victim" is anyone's guess at this point.

While the FDA's next move is currently unknown, they may opt to issue a black box warning for Ocaliva. This warning informs consumers that a drug carries major health risks. In a public statement, Intercept announced that it has begun working with the FDA on updates to Ocaliva's label to better ensure proper use.

Potential Symptoms and Side Effects of Ocaliva

If you are taking Ocaliva, be aware of the following possible indicators of liver injury:

More severe potential side effects from the drug include hepatitis, hepatic necrosis (tissue death in the liver), hepatic failure (liver failure), and death.

Since Ocaliva has only been available to the public for a relatively short period, there are no recent verdicts or settlements with respect to its specific health hazards. However, it appears likely that future suits will arise given what we now know. If you are considering litigation, please note the information listed below: 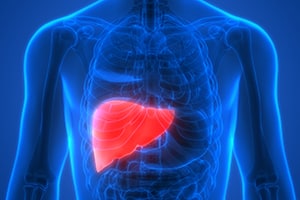 The claims in an Ocalvia lawsuit against Intercept would be that it intentionally downplayed safety concerns about Ocaliva with PBC patients and, with a focus on profits, pushed ahead with an application to approve the drug for the treatment of liver fibrosis due to nonalcoholic steatohepatitis, (NASH).

If you believe you have been harmed by Ocaliva or similar liver disease medication, call a lawyer.  Our firm is not currently exploring these cases.

Why?  The Ocaliva liver cancer lawsuits have not taken off as we expect they would with the FDA announcement last year.  This could all change but we are on the sidelines for now.  Hopefully, these concerns are not as serious as we originally feared when we wrote this page last year on Ocalvia lawsuits.