Our law firm is handling Zostavax and Shingrix vaccine lawsuits. These vaccines were intended for the prevention of herpes zoster which is more commonly known as the shingles virus.

[August 18, 2021 Update: The shingles vaccine lawsuit in the MDL was originally filed on behalf of 22 plaintiffs. In August 2021, it is now over 2130. The first Zostavax trial will be on January 18, 2022. The outcome of this trial will have an impact on the ultimate settlement compensation payouts in these lawsuits.]

These herpes lawsuits allege that the shingles vaccine was unsafe for patients. The key injury, incredibly, is that the Zostavax shingles vaccine causes shingles and zoster-related injuries. So the very thing meant to protect them against shingles actually caused shingles.

The Zostavax shingles suits make a lot of allegations against Merck. Many of the extraneous claims (and plaintiffs, frankly) have already been dismissed. Lawyers make a lot of claims when they file lawsuits like this, sometimes too many. But the core of it is plaintiffs' attorneys allege that Merck knew or should have known of the risks and reactions associated with their product. 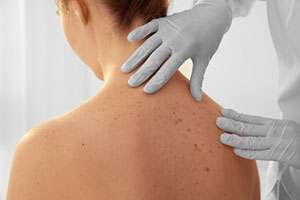 Because Merck knew of the risks, it had a legal obligation to provide warnings. These should have fairly and accurately depicted the severity of the risks associated with the Zostavax. This is particularly true because there were better options available than Zostavax on the market.

After VZV causes chickenpox, the virus lingers remains inactive in the nervous system, specifically in the sensory neurons of dorsal root and cranial nerve ganglia, for what can be decades. If the virus reactivates, most likely from disease or aging, the risk is shingles.

The incidence of shingles is highest among people who are in their fifties and older, impacting 200,000 healthy people between the ages of 50 and 59 every year in the United States. Overall, there are roughly one million singles cases a year in this country. While older people are at greater risk, people of all ages can get shingles.

When shingles develop, a rash or blisters appear on the skin. This is a sign that the once dormant virus hiding out in the nerve cells has reactivated and traveled from the nerves and followed a path out to the skin. If you have had the disease or know someone who has, you know it is not fun.

Shingles are caused by the varicella-zoster virus, the same virus that causes chickenpox. After getting chickenpox, usually as a child, the virus lies dormant in little groups of nerve cells attached to sensory nerves along the spine, and sometimes inside the head. Most of us live with this and nothing happens. But for reasons that science does not yet fully understand, this virus can return in the form of shingles.

We thought there was a vaccine, covered by Medicare Part D, that could protect us. Most the shingles vaccine has, ironically, given many Americans shingles. Tragically, if the vaccine causes shingles, it is a more prolonged and disabling form of shingles that leaves victims with a poor quality of life. Moreover, herpes zoster can also lead down an ever more perilous path: diabetes, heart failure, and myocardial infarction.

This lawsuit filed in New Jersey alleges that nearly 1,000 victims took Zostavax vaccine to avoid shingles, but instead developed a recurring strain of herpes zoster, which is more difficult to treat than usual.

So what happened? Like most vaccines, Zostavax is the live form of the virus. The hope with vaccines is that a weakened form of the virus will act as a training course for the immune system. Zostavax is intended to provide just enough to keep the virus dormant and prevent a shingles outbreak. So the vaccine prepares the body to fight shingles without exposing it to a powerful enough form of the disease that causes symptoms.

Obviously, vaccines require a careful balancing act. There is a risk that a live virus vaccine is that it is not weakened enough to prevent exposing the patient to the very disease they were seeking to avoid. Conversely, if the virus is too weak to activate the immune system, there is an increased risk of developing the disease the vaccine is intended to prevent. Of course, we pay the pharmaceutical companies a gazillion dollars to get this balance right with biological products.

This Zostavax vaccine shingles lawsuit claims that Merck got this balance wrong. The strain of the varicella-zoster virus was not weakened enough to prevent the reactivation of the virus. So patients endured a combination of the live virus combined with the old virus, creating an even more powerful stand of the shingles virus. This lawsuit alleges Merck failed to exercise reasonable care in the design, labeling, testing, formulation, manufacture, sale, marketing, and distribution of Zostavax because Merck knew, or should have known, that its product caused a shingles infection.

Since Zostavax was introduced 12 years ago, Vaccine Adverse Event Reports (“VAERS”) appeared in significant numbers addressing various complications. The core of the complaints has been viral infections resulting in some central nervous system disease. One of those CMS diseases is disseminated encephalomyelitis which causes inflammation of the brain and spinal cord. Today, virtually everyone has switched from Zostavax to Shingrix although that vaccine, while better, may also come with complications.

This lawsuit comes on the heels of a similar suit filed on behalf of 15 victims in New Jersey state court in July. The number of these lawsuits quickly ballooned to nearly 1,000. Why is New Jersey the venue for these cases? Lawsuits against Merck are often filed in state court in New Jersey because Merck is incorporated in New Jersey, allowing plaintiffs to avoid federal court.

In July 2019, the judge presiding over the Zostavax MDL cases gave plaintiffs their first taste of victory. Since the start of the discovery process in the Zostavax cases, Merck and its attorneys have flatly refused to turn over records for all "adverse event reports" regarding their Zostavax shingles vaccine. Adverse event reports are submitted by doctors, pharmacists, and consumers to notify the manufacturer when their drug or vaccine causes bad reactions or problems.

These reports are a critical piece of evidence in the Zostavax case because they can help plaintiffs establish that there was a clear problem with the shingles vaccine and that Merck was fully aware of it. Plaintiffs in the Zostavax MDL filed a motion to compel asking the court to force Merck to provide them access to its adverse event reports. The Zostavax MDL judge granted that motion and ordered Merck to produce the reports, marking a decisive first victory for plaintiffs in this ongoing class action MDL.

So far the judge in the Zostavax MDL, Hon. Harvey Bartle, III, has been efficiently moving the 600+ pending cases right along. Judge Bartle has set for the first round of Zostavax "bellwether" cases to be remanded for trial starting in January 2022.

The defense to these cases is going to be a familiar one to lawyers in mass tort cases. The defendants' lawyers will try to hide behind the skirt of the FDA and claim that the FDA approved Zostavax because it too thought it was safe and effective.

We think that defense is going to fall on its face. Clearly, there is no way to know how a mass tort claim is going to turn out. Our lawyers have made predictions about cases in the past and have been wrong.

That said, our best guess here is that these cases will reach a global settlement for the lion's share of these cases long before the first Zostavax shingles lawsuit goes to trial. (August 2021 Update: This prediction is under the gun with one of the "Group A Bellwether Pool" cases heading for trial in January 2022.)

How Much Will Zostavax Cases Be Worth?

The Zostavax litigation will most likely be resolved with a global settlement of all cases. The cases will be ranked into settlement tiers based on the severity of the plaintiff’s injuries and strength of the claim. Cases in the top tier could be in the mid-six figures. Some of the injuries in these cases are just awful.

Second-tier cases could push the six-figure range. The lowest tier cases will likely be worth less, maybe in the $20,000 to $100,000 depending upon the severity of the injuries. Could the settlement amounts be even lower for some victims who had more minor injuries? Absolutely.

This is, of course, rampant speculation based on guesses and hunches. No one really knows the settlement value of the shingles vaccine lawsuits. This is even more true in the Shingrix lawsuits. The litigation for these cases is still developing.

When Will The Shingles Vaccine Lawsuits Settle?

A global settlement in the shingles vaccine litigation will probably not happen until at least the end of 2021. Big mass tort cases involving thousands of plaintiffs usually take a long time to settle. The Zostavax MDL is already nearing the end of the consolidated discovery process.

Do You Qualify For a Shingles Vaccine Lawsuit Lawsuit?

We are currently accepting new cases for anyone who meets the following basic criteria:

If you meet these criteria you qualify for a lawsuit and we want to hear from you as soon as possible. But you have to realize there are deadlines to file a lawsuit.

Many people who have suffered an injury from Zostavax may have already missed the statute of limitations. So the take-home message is to call a lawyer quickly to determine your rights.

If you or someone you care for has been harmed from the herpes shingles vaccine, our class action attorneys would like to talk to you. Please contact us today by calling 800-553-8082 or get a FREE online case evaluation.