This page is about Zantac bladder cancer lawsuits.  The thinking on the connection between NDMA and bladder cancer as evolved even over the course of 2022.  Our lawyers now believe the bladder cancer cases are the strongest Zantac lawsuits.

Taking it a step further, our attorneys believe the scientific evidence is strongest that NDMA exposure causes bladder cancer more than any other type of cancer. Our attorneys discuss the Zantac litigation generally and what we believe will be the likely average settlement amount for a Zantac bladder cancer lawsuit.

In 2018, product testing by an independent laboratory discovered that the popular heartburn drug Zantac (ranitidine) contained a known carcinogenic chemical called NDMA. This unexpected discovery prompted a national Zantac recall followed by thousands of Zantac cancer claims. The Zantac lawsuits have been consolidated into a “class action” MDL and bellwether test trials are set to begin in five month in October 2022.

As the scientific and medical evidence in the Zantac litigation has progressed, a handful of cancer types have been identified as having a strong causal link to regular Zantac use. One of the cancer types that appear to be caused by prolonged, regular use of Zantac is bladder cancer. 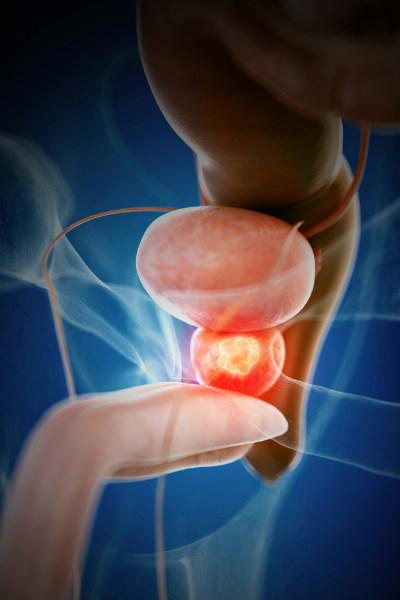 Zantac was once was one of the most widely used drugs in the U.S. Zantac (ranitidine) is an antacid that first released in the 1980s and was available in both over-the-counter and prescription forms. GlaxoSmithKline originally developed and released Zantac but it was widely available in generic versions manufactured by various companies.

In 2017, an estimated 15 million Americans used Zantac (or a generic equivalent) regularly for the treatment of heartburn. Zantac was presumed to be completely safe. In 2018, however, random quality testing found that Zantac contained very high levels of a chemical called NDMA (N-Nitrosodimethylamine). NDMA is highly toxic to the human body and is a known carcinogen. The levels of NDMA in Zantac were so high that the FDA issued a public safety warning and Zantac was promptly pulled off retail shelves across the country.

The recall led to a flood of Zantac lawsuits by individuals claiming that their chronic exposure to NDMA in Zantac caused them to develop cancer. Over 70,000 Zantac lawsuits have been filed and consolidated into a Zantac MDL in the Southern District of Florida.

At the outset of the Zantac litigation, it was not entirely clear exactly what types of cancer might be caused by ingestion of NDMA in Zantac. There was, however, a wealth of scientific research establishing that prolonged exposure to NDMA could cause cancer. The discovery of NDMA in Zantac and the related lawsuits led to additional research and studies on the connection between Zantac use and cancer.

This research has developed reliable evidence showing that at least five different types of cancer appear to be caused by NDMA in Zantac. Bladder cancer is one of this group of five cancers. Studies and expert witness opinions have established very strong evidence of causation between prolonged Zantac use and bladder cancer. This evidence will show that individuals who used Zantac or generic ranitidine regularly for a prolonged period (at least 1 year) displayed higher rates of bladder cancer compared to the general population.

One of the reasons there is such a strong connection between Zantac and bladder cancer is that the NDMA in Zantac was primarily being processed through the bladders of regular Zantac users. A study found that users who took ranitidine (Zantac) showed abnormally high levels of NDMA excretion in their urine. The study found that taking a single 150 mg ranitidine pill resulted in 47,000 ng of NDMA in the urine, which is 500 times the maximum safe daily limit for NDMA set by the FDA.

Thousands of Zantac cancer lawsuits have been filed over the last few years involving a variety of different cancer types. The 4 types of cancer most frequently alleged in Zantac product liability lawsuits have been: (1) prostate cancer, (2) breast cancer, (3) colon cancer, and (4) bladder cancer. As causation evidence for each of the specific cancer types continued to emerge in the Zantac litigation, it became clear that certain cancers did not appear to have a strong link to NDMA in Zantac.

In response to this developing evidence on causation, the plaintiffs’ steering committee in the Zantac MDL advised that they would not be litigating Zantac cases involving prostate, breast, colon, kidney, and lung cancer. Moving forward, the Zantac litigation will focus on cases involving bladder cancer, stomach cancer, pancreatic cancer, esophageal cancer, and liver cancer. Of these, bladder cancer accounts for the highest number of pending Zantac cases.

How Much Will Zantac Bladder Cancer Lawsuits Be Worth?

The best prior comparable for valuing the Zantac bladder cancer cases is definitely the 2015 global settlement in the mass tort litigation involving the prescription drug Actos. In 2015, the manufacturer of Actos settled thousands of product liability claims alleging that the drug caused bladder cancer. Under the terms of the Actos global settlement, individual plaintiffs received about $296,000 for their bladder cancer claims.

Our lawyers think that bladder cancer claims will have a similar value if a global settlement is reached in the Zantac litigation. This would mean that Zantac bladder cancer cases have an estimated settlement value of around $300,000.

Example Bladder Cancer Lawsuit
Although the number of cancers linked to Zantac has been narrowed to 5, new Zantac claims and lawsuits are still being filed in high volumes. Each month, anywhere from 25 to 100 new Zantac cancer claims are registered and dozens of lawsuits are filed around the country and transferred into the Zantac MDL. Some cases get filed directly in the MDL in the Southern District of Florida, while others are filed in (or removed to) federal courts around the country and subsequently transferred into the MDL.  Many of these are bladder cancer lawsuits because of the strong association that has been found between bladder cancer and NDMA.
Let's look at an example recently filed Zantac bladder cancer lawsuit.  Robert Bass, a Florida resident, became one of these new Zantac plaintiffs. On February 16, Bass filed a short form complaint directly in the Zantac MDL against a group of current and former brand-name Zantac manufacturers including GlaxoSmithKline, Boehringer Ingelheim, Sanofi, and Pfizer. Bass alleges that he used over-the-counter versions of brand-name (not generic) Zantac from January 2000 to October 2019.
According to his Zantac bladder cancer lawsuit, Bass was subsequently diagnosed with bladder cancer in May 2020. He is claiming that his bladder cancer was caused by his regular use of Zantac. Bass is asserting 13 separate causes of action including strict liability and negligence claims for failure to warn and defective design. The complaint also includes a loss of consortium claim on behalf of his wife who is joined as a plaintiff.
Contact Miller & Zois About Zantac Cancer Lawsuits

Our law firm is currently seeking Zantac bladder cancer lawsuits. Our attorneys believe these are very strong cases. Contact a Zantac class action lawyer at 800-553-8082 or fill out this contact form online for a free case evaluation.