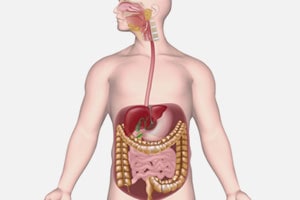 As many as 16 million adults in the United States are afflicted by the chronic abdominal pain, bloating, and loose, frequent stools of Irritable Bowel Syndrome (IBS), and yet treatment options are limited. Food or stress can trigger IBS symptoms, so initial therapies usually include dietary and lifestyle changes as well as antidiarrheal medication. But the exact causes of IBS are unclear, and experts believe other factors, such as gastrointestinal muscle contraction or disrupted signals between the bowel and the brain, could be involved. The initial therapies, unable to treat such a broad variety of potential causes, are largely unsuccessful.

Viberzi, the brand name for eluxadoline, first entered the pharmaceutical market in 2015 as a treatment for Irritable Bowel Syndrome with Diarrhea (IBS-D). By regulating opioid receptors in the gastrointestinal tract, Viberzi is able to reduce visceral hypersensitivity while maintaining intestinal motility. In other words, the active ingredient eluxadoline decreases bowel contractions just enough to prevent pain and diarrhea without entirely halting digestion.

For those suffering the painful and chronic effects of IBS-D, Viberzi may seem like a miracle drug. At the time of Viberzi’s Food and Drug Administration (FDA) approval and release, clinical trials were showing positive results for IBS-D sufferers exposed to 75 or 100 mg dosages over several months or a year. Side-effects were thought to be relatively mild, the most common of which included constipation, nausea, and abdominal pain. But after two years on the market, reports of severe gastrointestinal reactions to Viberzi could no longer be ignored.

Viberzi and the FDA

In a press release, the FDA announced their approval of Viberzi on May 27, 2015. They were confident that Viberzi’s “safety and effectiveness” had been adequately established in two clinical trials involving 2,435 patients. The announcement does mention that pancreatitis, resulting from spasm in the sphincter of Oddi, is a known risk associated with Viberzi. Basically, the FDA was saying that Viberzi, in rare cases, could prompt the muscle controlling the flow of chemicals into the small intestine to malfunction, causing a backup of digestive juices and inflammation of the pancreas.

Pancreatitis can cause serious health problems, including malnutrition and possibly death. But the occurrences of pancreatitis were uncommon enough – affecting only 0.2 percent of participants in the clinical trial – not to raise any red flags. The FDA simply advised doctors to avoid prescribing Viberzi to patients with the possible preconditions of pancreatitis, including “a history of bile duct obstruction, pancreatitis, severe liver impairment, or severe constipation, and in patients who drink more than three alcoholic beverages per day.”

It wasn’t until March of 2017 when the FDA issued a safety announcement, warning doctors and patients about the link between Viberzi and pancreatitis in consumers without gallbladders. In the short time that Viberzi had been on the market, the FDA received 120 reports of pancreatitis from Viberzi consumers. 76 of those patients were hospitalized, and two died. 56 out of the 68 patients who reported their gallbladder status, including the two patients who died, did not have a gallbladder. Both of the deceased Viberzi consumers reported distressing symptoms, including severe abdominal pain and vomiting, shortly after taking their first dose of Viberzi.

Allergan, the pharmaceutical company that owns Viberzi, has since revised their warning labels and informational material to contraindicate patients without a gallbladder. The warning notes that most reported cases of pancreatitis or sphincter of Oddi spasm occurred in Viberzi users without gallbladders, after only one or two doses.

Pancreatitis and Viberzi Consumers Without Gallbladders

The pancreas, a gland that sits behind the stomach and extends down to the beginning of the small intestine, produces enzymes and hormones that are important for digestion and blood sugar regulation. Pancreatitis is the medical term for inflammation of the pancreas, which can occur when the normal flow of pancreatic fluid is obstructed. Oftentimes this obstruction is caused by gallstones, which block the natural flow of bile from the liver to the small intestine.

People who regularly experience pain from gallstones may require a cholecystectomy, or gallbladder removal. The gallbladder is responsible for storing extra bile made by the liver and releasing it whenever fats need to be digested, so patients who have undergone a cholecystectomy will not be able to regulate bile as easily. People who’ve had their gallbladder removed can digest food normally, especially if they take steps to avoid fatty foods. But gallbladder removal can also have disruptive side effects. Without bile regulation, sometimes the liver will dump too much or too little bile, which can cause diarrhea or bile stones respectively.

When a patient without a gallbladder experiences bile dumping, her symptoms can closely resemble IBS-D, which could tempt her doctors to prescribe a drug like Viberzi. But that same patient could just as easily experience bile thickening, which could cause bile stones and, subsequently, acute pancreatitis. Patients without a gallbladder may suffer from discomfort or digestive problems, but under no circumstances should they be prescribed Viberzi. Because Viberzi’s active ingredient eluxadoline influences gastrointestinal opioid receptors to decrease bowel contractions, it can further inhibit the flow of bile in a person without a gallbladder and increase her chances of pancreatitis.

If Viberzi puts patients without gallbladders at a greater risk for pancreatitis, why didn’t the clinical trials express any concern in this regard? Five of the trials’ participants experienced pancreatitis. Eight other participants had acute abdominal pain associated with increases in liver-enzyme levels, a symptom often caused by an alteration in bile flow. Out of these thirteen patients, nine showed signs of the sphincter of Oddi spasm. Those same nine patients didn’t have gallbladders. In hindsight, the data were all there. The clinical trial’s researchers and pharmaceutical representatives simply failed to notice its dangerous significance.

There are two types of pancreatitis, acute and chronic. Since the onset of pancreatitis symptoms tends to occur shortly after taking a first dosage of the medication, Viberzi-related pancreatitis is usually of the acute variety. It often begins with a mild pain in the upper abdomen that may radiate through the back and feel worse after eating. Other signs of acute pancreatitis include:

Our law firm has gotten a $1.5 million verdict in a pancreatitis medical malpractice case. So we roll our eyes when we here pancreatitis is not a serious enough injury for a large mass tort class action settlement. Anyone without a gallbladder who has been taking Viberzi should stop immediately and contact a doctor. If you suffer from pancreatitis or believe the wrongful death of a loved one was caused by Viberzi-related pancreatitis, call Miller & Zois at 800-553-8082 or click here for a free no obligation Internet consultation.