Many brands of electric pressure cookers (also known as “insta pots”) have dangerous design defects that sometimes cause the device to malfunction and eject boiling liquid causing severe burns and disfigurement.

Electric pressure cookers (often called “insta pots”) have become an immensely popular kitchen device in recent years. Pressure cookers employ hot steam that is pressurized inside a sealed canister or pot to cook a variety of foods. The use of pressurized hot steam enables faster cooking time while keeping the food hydrated and tender.

Electric pressure cookers generate the hot steam through the direct application of intense heat to the liquid contents of the cooking pot (e.g., broth or water). The pot of a pressure cooker has an airtight seal so that it can serve as a pressure chamber when the heat is applied. The steam increases both the internal air pressure inside the pot and the air temperature very rapidly. This allows cooking temperatures inside the pot to rise above the normal boiling point very quickly.

The primary function of the safety features on pressure cookers is to prevent the lid from opening when the liquid contents of the pot are pressurized. Unfortunately, flaws in these features can have drastic results. Defective product designs related to these safety mechanisms have led many pressure cooker lids to malfunction and eject their boiling hot contents over anyone nearby.

Various safety features or components are defective in pressure cookers, including: 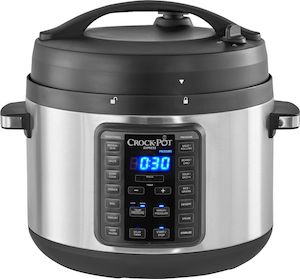 When pressure cookers malfunction as a result of defective safety features, they can cause devastating physical injuries with lifelong consequences. Pressure cookers heat their liquid contents well above boiling temperature. When safety features fail these pressurized boiling liquids are ejected at high velocity over anyone and anything within a 5-10 foot radius of the pot.

The most frequent type of injury caused by defective pressure cookers is burns. Pressure cookers bring their liquid contents to temperatures well above boiling. When this boiling liquid is ejected onto the skin it can cause 3rd and 2nd-degree burns.

Severe burns are by far the most common injury alleged in defective pressure cooker product liability lawsuits. Burn injuries in defective pressure cooker cases are often especially devastating because the burns typically occur on the face and result in permanent disfigurement. The average compensation for burn injuries in a personal injury settlement is very high and facial burns with disfigurement can add additional value.

If you suffered serious injuries as a direct result of a malfunctioning pressure cooker, call a pressure cooker lawyer and see if you can file a  product liability lawsuit seeking significant financial compensation. 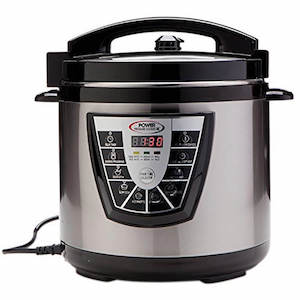 The potential settlement value of defective pressure cooker lawsuits depends primarily on the nature and severity of the physical injuries sustained by the plaintiff. The most common type of injury caused by pressure cooker explosions are thermal burns. The settlement value of burn injuries is dependent on the severity of the burn and the location of the burn.

A typical 2nd-degree burn injury in an auto accident case has an average settlement value range of $25,000 to $75,000. The average compensation payout for 3rd-degree burn injuries in auto tort cases is between $100,000 to $1,000,000. These averages are going to be slightly higher in product liability cases because the compensation value in auto cases is often limited by the amount of available insurance coverage.

The average settlement compensation payout for a defective pressure cooker lawsuit is probably around $125,000 to $200,000 for 2nd-degree burns and $600,000 to $2,000,000 for third-degree burns. Cases involving facial burning with permanent disfigurement will be at the higher end of the settlement value scale.

If you think you have a valid claim for injuries caused by a defective TriStar pressure cooker, contact our product liability lawyers today for a free consultation.