The NuvaRing lawsuits are likely to settle in the near future. [Note: they have now been settled for years.]  So many people are suffering injuries in 2019 from NuvaRing and are looking for lawyers and they cannot find out.  Why? Here, we explain. 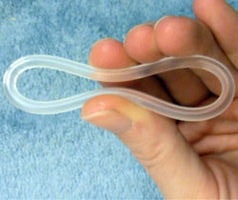 The settlement in these cases is for $100,000,000. That sounds like a lot of money. But it is not. How much is it for the average victim? It is about $60,000 per case. Why did the Yaz cases settle for over $200,000 on average? Well, there were some differences that were important that are not worth getting in to here. But those differences should not have equaled dividing the Yaz numbers.

Does this mean everyone gets $60,000. No. The cases are settled in tiers depending upon the severity of the case. It is hard to know what the inventory of other lawyers in these cases. Were many of them weak cases that pulled the average down? You would certainly hope so. Still, this is clearly less than I thought it would be. Below, I predicted these cases would average $200,000. Let's just say I missed it by a long shot.

But if you have come here wanting to know "What is the latest on the NuvaRing lawsuits and can I expect a settlement?", let's give you an December, 2013 update. There are now over 1,000 NuvaRing lawsuits pending. The federal cases are consolidated in an MDL in Missouri. The first case in the MDL was set to be tried in May 2013. But this has been postponed. Another case set for trial in September has settled. The next trial date has been pushed off to April 7th.

What does this mean? No one knows for sure. Settlement talks are heating up and there could be a deal to resolve these cases very soon. When? There is no way to know. But there will be pressure on both side to try to get a global resolution to these cases before April 7, 2014 when the next case - Prather v. Organon - is set to be tried.

If you are considering a NuvaRing claim, you really need to act fast to make sure your rights are not barred by the statute of limitations.

NuvaRing is a two-inch flexible plastic ring used to prevent pregnancy. It is made by N.V. Organon, a subsidiary of Merck & Co., Inc., who promotes it as being just as effective as birth control pills, with the convenience of only needing implantation once per month. The ring supplies the body with a continuous stream of hormones to prevent creation of mature eggs. Because it is preventing pregnancy by releasing leeching hormones (progestin and estrogen) into the body, it is a combination of a patch (like a Fentanyl pain patch, or a NicoDerm nicotine patch) and an IUD (a device that prevents pregnancy when inserted into the uterus, partially by irritating the lining of the uterus and preventing egg implantation). Unlike IUDs, it is inserted and removed by the user without healthcare provider intervention. It has been on the market in the United States since July 2002.

What is the Problem with NuvaRing?

Like all hormonal birth control, NuvaRing contains estrogen and progestin. The particular type of progestin used in NuvaRing is a third-generation hormone called desogestrel. Studies show that desogestrel is not as safe as first- and second-generation progestin hormones used for other birth control. In fact, a study back in 1995 revealed blood clots were two times as likely with desogestrel as compared to other progestins. Despite the clear evidence about risks, Organon and Merck continue to promote and sell NuvaRing, all without adequate warnings to patients. If patients had known about the higher risks, they likely would have chosen other, safer contraceptives.

An October 2011 report by the FDA reviewed the evidence and again concluded that NuvaRing is associated with a significantly higher risk of deep vein thrombosis and pulmonary embolism.

What Injuries are Caused by NuvaRing?

Women using NuvaRing are at a higher risk of:

Deadline to File a NuvaRing Lawsuit

Every state has different rules about when a lawsuit is required. This is complicated by the fact that there are often choices about what state to file a lawsuit in. The most important thing is to talk to a lawyer soon to evaluate if you still have time before the trials start and a global deal gets done.

What Is the Current Status of NuvaRing Lawsuits?

NuvaRing lawsuits filed in federal courts have were consolidated in St. Louis (In Re NuvaRing Products Liability Litigation (MDL 1964)). In these cases, everyone was waiting for the bellwether trial. A bellwether case is basically a test case—it allows the parties to see what a jury will do with a garden-variety claim so they can decide where they stand. Bellwether cases are often precursors for settlement talks. The first bellwether trials were scheduled for summer 2011, but they were postponed. Merck settled these cases before they went to trial.

There were 1,163 pending actions back in May, 2013. Ultimately, when these cases did settle, there were 3,800 who joined the settlement.

There was another hotbed of cases in New Jersey state court managed by Judge Brian Martinotti in Bergen County. Plaintiff had early troubles in this jurisdiction earlier this year when Judge Martinotti granted summary judgment for the defendants in 7 state court cases that were awaiting trial. (Summary judgment for the Organon means the case is dismissed without every having the opportunity to go before a jury).)

Why? The judge thought that the plaintiffs failed to carry their burden of demonstrating that a different package insert that provided more detailed warnings would have led the doctors who prescribed the birth control to go down a different path. What's important in these cases is there was no testimony or affidavits from the injured women that they would have charted a different path if they had been made aware of the risk.

Why Wasn't There a NuvaRing Class Action?

Moreover, this birth control might have caused injury for one woman but not for another. So the cases were treated as individual cases in multi district litigation. This was actually good news for victims. You want your own case decided on the merits of the claim. But to save time and money for everyone involved, there are some things done - such as interrogatories and depositions of key witnesses - that are used for all of the pending claims.

How Much Are These Cases Worth?

Victims had one big question: if the lawsuits settle, how much money will I get? The settlement amount will likely depend on the severity of the injury caused. We predicted that the average settlement will be somewhere in the ballpark of $200,000.  We hot a little high, it ended up being like $60,000.


More Information
Practice Areas
Client Reviews
★★★★★
They quite literally worked as hard as if not harder than the doctors to save our lives. Terry Waldron
★★★★★
Ron helped me find a clear path that ended with my foot healing and a settlement that was much more than I hope for. Aaron Johnson
★★★★★
Hopefully I won't need it again but if I do, I have definitely found my lawyer for life and I would definitely recommend this office to anyone! Bridget Stevens
★★★★★
The last case I referred to them settled for $1.2 million. John Selinger
★★★★★
I am so grateful that I was lucky to pick Miller & Zois. Maggie Lauer
★★★★★
The entire team from the intake Samantha to the lawyer himself (Ron Miller) has been really approachable. Suzette Allen
★★★★★
The case settled and I got a lot more money than I expected. Ron even fought to reduce how much I owed in medical bills so I could get an even larger settlement. Nchedo Idahosa
View More
Submit a Law Firm Client Review