The Mirena IUD, on the United States market since 2001, comes from a long history of intrauterine devices, and its path appears to be just as troubled. A Mirena IUD can, among other things, perforate the uterus, causing a dangerous medical condition that needs to be addressed immediately.

The IUDs have long caused problems. In 2021, we are seeing Paragard IUD lawsuits because of similar problems.

What is an Intrauterine Device (IUD)? 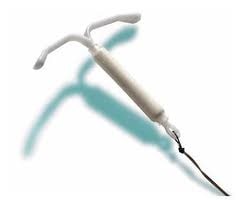 An intrauterine device is a type of long-lasting birth control which is designed to be implanted directly into the uterus. There are only three hormonal IUDs currently available on the U.S. market: Skyla, Liletta, and Mirena.

Mirena is a little larger than a quarter. It is a t-shaped and is made of flexible plastic. It is designed to provide continuous birth control for up to five years. The device's manufacturer, Bayer, is not entirely clear about how Mirena works. They know that it releases a steady dose of the hormone levonorgestrel to prevent pregnancy. They also suspect that it inhibits pregnancy by thickening cervical mucus (limiting the movement of sperm) and possibly by thinning the uterine lining. The Mirena must be implanted and removed by a doctor though surgery is not required unless there are problems. A Mirena IUD is said to last five years; the copper Paragard IUD lasts ten years, and the Nexplanon implant is expected to last three years. (Paragard is an intense focus of litigation still in 2020.)

There is no question that IUDs like Mirena are effective forms of birth control. They are said to be 99.7% effective, and there is no risk of user error on forgetting to take the pill or insert a diaphragm. So in spite of the cost (over $700) and the procedure required (again, it is inserted into the uterus through the cervix, not an appealing idea for many women), the convenience of IUDs led to widespread usage.

But IUDs in this country have a pretty horrific history. In the 1970s, one particular IUD, the Dalkon Shield, had an awful design that left a woman at grave risk for infection. As a result, ten women died, and the FDA had to pull the product from the market. The infections also left thousands more infertile and led to over $400 million in settlements before its' manufacturer went out of business.

IUDs mostly vanished from the United States. Now, led by Bayer and other companies drawn to the potential gold mine that is successful birth control medication, they have reemerged. The question is, are they safe? While some disagree, the message we are increasingly getting from victims is no.

Serious complications have emerged with Mirena. Many patients have problems because the Mirena becomes embedded in the wall of the uterus. Getting it out of the uterus can be a challenge.

Even more concerning is a perforation. This occurs when the IUD migrates into the abdominal cavity. This can lead Mirena to become embedded not in the uterus but in the bowel, bladder or another adjacent organ. This can require abdominal surgery. Adhesions are also a concern. In some cases, future pregnancies can be impacted.

In severe cases, the IUD must be removed surgically. Sometimes surgical repairs are required, and removal of the uterus (hysterectomy) may be necessary.

There are many Mirena pseudotumor cerebri/idiopathic intracranial hypertension cases. They were combined into a type of class action known as a "mass tort." The cases shared common discovery, which is an efficient way to conduct cases where there are many injuries arising from the same defective medical device.

These cases have not gone far. Today, the Mirena IUD migration lawsuits in the MDL are not moving forward. Our lawyers are not taking Mirena cases in 2021 and we do not know any attorneys who are. Were there some IUD settlements? Yes. But the payouts in these cases were extremely low. This Mirena IUD litigation was ultimately unsuccessful for victims and their lawyers.

But you are seeing a lot of lawyers online trying to get these cases, right? If you are reading online that there are lawyers that want these cases, is is most likely because they have not updated their websites. These cases were dismissed in 2016 and that dismissal was affirmed by the Second Circuit Court of Appeals in 2017. The second round of cases were dismissed in 2019. Take a look at the timeline below.

Could these cases one day make a comeback after plaintiffs accumulate more evidence? Absolutely. But right now, it is fair to see these Mirena lawsuits are not going anywhere.

We are sorry if you are just getting this news now from us. Many women are still calling us with migration and IIH cases. They are angry and they have every right to be. But right now, there does not seem to be a path to compensation for these victims.

Will My Mirena IUD Lawsuit Reach a Settlement or Will I Need to Go to Trial?

Of course, we once had a different answer to this question. This is a new answer after deleting a lot of positive talk about these cases (that clearly did not age well). The settlement prospects for the Mirena cases are bleak, to put it mildly.

So settlement value of Mirena cases is now approaching zero. These are longer viable claims in our opinion. We are not taking these claims and, regrettably, we do not know any lawyers that are. The pseudotumor and cerebri idiopathic intracranial hypertension cases -- which we were once very high on --- are free falling after a federal judge struck all of the plaintiffs' causation witnesses in June 2019.
For More Information
Practice Areas
Client Reviews
★★★★★
They quite literally worked as hard as if not harder than the doctors to save our lives. Terry Waldron
★★★★★
Ron helped me find a clear path that ended with my foot healing and a settlement that was much more than I hope for. Aaron Johnson
★★★★★
Hopefully I won't need it again but if I do, I have definitely found my lawyer for life and I would definitely recommend this office to anyone! Bridget Stevens
★★★★★
The last case I referred to them settled for $1.2 million. John Selinger
★★★★★
I am so grateful that I was lucky to pick Miller & Zois. Maggie Lauer
★★★★★
The entire team from the intake Samantha to the lawyer himself (Ron Miller) has been really approachable. Suzette Allen
★★★★★
The case settled and I got a lot more money than I expected. Ron even fought to reduce how much I owed in medical bills so I could get an even larger settlement. Nchedo Idahosa
View More
Submit a Law Firm Client Review