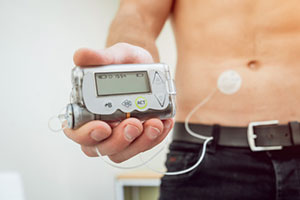 In February 2020, Medtronic announced that over 300,000 of the company's MiniMed Insulin Pump devices have a defect that could cause serious injury or even death to users. The Medtronic insulin pumps have defective retainer ring which can cause the vital insulin cartridge to become disconnected from the pump's reservoir. This disconnection of the cartridge can have disastrous results because it can cause the MiniMed pump to give the user way too little insulin or way too much insulin. This can quickly trigger hypoglycemia or hyperglycemia causing very serious injuries or in some cases death.

What Are Insulin Pumps?

Insulin is an important hormone that converts sugar from carbohydrates into energy. People who suffer from type 1 diabetes are not able to produce enough insulin on their own and often require insulin therapy to control their blood sugar levels. Insulin therapy can come in the form of either insulin injections or an insulin pump.

Insulin pumps are small, computerized devices that mimic the way the human pancreas works by delivering small doses of short acting insulin continuously. The pumps are about the size of a smart phone and are designed to be worn on the outside of your body. The pump contains an insulin cartridge connected to a reservoir system which is attached to a long tube connected to a thin cannula. The cannula at the end of the tube is placed into the layer of fat around the user's stomach area.

A small computer chip inside the pump is specifically programed to release exact amounts of short acting insulin throughout the day and after meals as required by the individual user. Some pumps connect to continuous blood sugar monitoring devices which monitor the users blood sugar levels all day.

Medtronic is the largest medical device company in the world and their Minimed Insulin Pump was the most popular and widely used of all traditional insulin pump devices on the market. When it was first released the MiniMed Insulin Pump was first device that could track and monitor user blood sugar levels and deliver insulin on an as-needed basis. This state-of-the art capability led Medtronic to describe the MiniMed as an "artificial pancreas."

The first sign of trouble with the MiniMed Insulin Pumps came in in November 2019 when Medtronic sent out alert letters to all registered MiniMed users warning them of the potential problem with pump. Then in February 2020, Medtronic issued a class I safety recall covering over 300,000 MiniMed Insulin Pump devices. The recall was due to a defective retainer ring that can allow the insulin cartridge to become lose or disconnected inside the pump. Once the insulin cartridge becomes disconnected it can be very dangerous for the device user because the pump can give them an acute overdose or underdose of insulin. This can cause the user to suffer acute hyperglycemia or hypoglycemia resulting in serious damage to the body and vital organs and in some cases death.

By the time of the recall, Medtronic had already received over 26,000 complaints about the defective pumps and there have been 2,175 reported injuries and at least 1 death caused by the defect.