This is a sampling of jury verdicts and settlements in medical malpractice cases throughout Virginia. 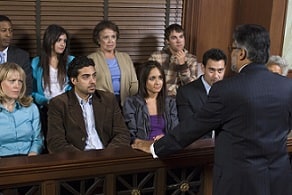 We compiled this list from a variety of different sources. Keep in mind that there is no scientific methodology for the cases selected. In fact, if you are a victim or an attorney, you should keep in mind that verdicts and settlements are not necessarily reflective of the value of your claim. There are just way too many variables involved than can be spit out in these short summaries. The make or break facts of the case might have nothing to do with with the summary. So, please, take these with a grain of salt:

2010Getting Help for Your Medical Malpractice Claim

If you need a Virginia medical malpractice attorney, call 800-553-8082 or get a free consultation.

Please note: The following is an extremely unscientific sampling of medical malpractice verdicts and settlements. We pull settlements and verdicts on this website from a variety of sources, including our own cases. There is no methodology to which cases are selected and they are certainly not representative of the value of your case or your client's case. Each medical malpractice case in the Virginia should be evaluated on its own merits.