It is estimated that more than 50 percent of all women who have children will suffer some type of prolapse over the course of their lives and nearly 10 percent of these women will require surgery for this health condition. Pelvic Organ Prolapse happens when muscles and ligaments supporting the pelvic organs weaken or slip out of place. This may be a direct result of pregnancy where the muscles and ligaments are weakened by the added weight experienced during pregnancy. POP can also lead to bladder and bowel slippage which places abnormal pressure on the vaginal area causing pain and discomfort.

The idea of vaginal mesh implants was conceived in France in the late 90s and requires the placing of a sling via the groin to support the weakened muscles and ligaments. The first commercially produced vaginal mesh used was a silicone coated sub-urethral product called Uratape. It was later withdrawn from the market because of the high incidence of vaginal mesh extrusion and was later replaced with today’s vaginal mesh slings.

Did the manufactuerers' learn for the Uratape debacle? They really didn't. Now there is a target on the back of most of these manufacturers, including:

Ethicon is Johnson & Johnson, who recent took a big verdict in one of these cases.

Nine separate manufacturers of trans-vaginal mesh treatments were named in the report including C.R. Bard, makers of Avaulta Plus, Avaulta Solo and Avaulta Biosynthetic. Some of the common medical complications reported included recurrence of POP, infection, pain during sex, urinary problems, and bowel and bladder perforation.

A report coming from the 2004 World Health regarding vaginal mesh procedures also showed an unacceptable rate of medical complications regarding such procedures. This resulted in numerous recommendations suggesting that vaginal mesh treatments be placed on hold until they have been certified as safe by the medical community.

Manufacturers of the vaginal mesh products also been blamed with not coming forward about the real risks and complications regarding this medical procedure. Adding to the criticisms are the fact that there has been no recall and the makers of these vaginal mesh products continue to promote the treatment as safe and effective for managing Pelvic Organ Prolapse. Largely, they just pretended there was no real problem.

Complications with vaginal sling surgery include:

All of which can lead to long-term internal injuries and severe pain. 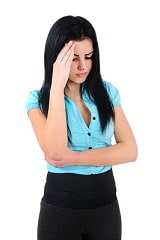 Lawsuits being filed against vaginal mesh manufacturers stem from allegations that the manufacturers were not totally honest regarding the possible complications and side effects of the medical procedure and the use of their vaginal slings. Studies show that a growing number of women have reported medical complications and injuries after undergoing vaginal mesh implant surgery. This has been largely attributed to defects in the design of the Avaulta vaginal mesh and similar prodcucts. These product allow tissue infiltration which increases the risk when removing the vaginal mesh. Removal of the Avaulta vaginal sling can cause long term and, sometimes, irreparable damage.

Women who have experienced mesh problems, such as mesh erosion and pain, may be able to participate in a class action lawsuit and receive financial compensation for damages. Hundreds of vaginal mesh lawsuits have already been filed, and women who have developed complications after being implanted with an mesh implant to treat pelvic organ prolapse, may be able to file a claim for medical bills and other damages.

Thousands of women remain implanted with the vaginal mesh implants and suffer from or at risk of suffering from vaginal mesh extrusion. There are transvaginal mesh lawsuits pending around the country. You may be able to receive money for your pain and suffering, lost wages, medical bills, and other damages related to your Avaulta mesh complications. Lawsuits are never a sure thing but we believe many of these claims are quality cases that have high settlement value. If you have experienced transvaginal mesh side effects or complications with a vaginal mesh sling and feel you may be entitled to money damages for your injuries, fill out our free case review form or call Laura Zois at 800-553-8082.

More Information on Vaginal Mesh Lawsuits.
Practice Areas
Client Reviews
★★★★★
They quite literally worked as hard as if not harder than the doctors to save our lives. Terry Waldron
★★★★★
Ron helped me find a clear path that ended with my foot healing and a settlement that was much more than I hope for. Aaron Johnson
★★★★★
Hopefully I won't need it again but if I do, I have definitely found my lawyer for life and I would definitely recommend this office to anyone! Bridget Stevens
★★★★★
The last case I referred to them settled for $1.2 million. John Selinger
★★★★★
I am so grateful that I was lucky to pick Miller & Zois. Maggie Lauer
★★★★★
The entire team from the intake Samantha to the lawyer himself (Ron Miller) has been really approachable. Suzette Allen
★★★★★
The case settled and I got a lot more money than I expected. Ron even fought to reduce how much I owed in medical bills so I could get an even larger settlement. Nchedo Idahosa
View More
Submit a Law Firm Client Review