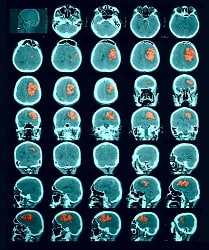 This wrongful death claim was filed in the District Court of Maryland after physicians at various VA Medical Centers failed to inform a patient about his cancer diagnosis. It was filed in Health Claims Arbitration on February 7, 2018, and it is the 67th medical malpractice case filed in Maryland this year.

Nearly five months after his CT scan, the man presented to the VA Outpatient Clinic in Viera Beach, Florida with continued complaints of blood in his urine. He underwent a second CT scan at the Outpatient Clinic, which his physicians compared to his initial CT scan. At this time, the man was first informed that he had kidney cancer. By then, his cancer had spread to the entirety of the right kidney and into the right renal pelvis.

The man underwent a surgery to remove his right kidney. While rehabilitating, he developed a bladder infection and was sent to a civilian hospital for treatment. An x-ray taken at the hospital revealed a spot on his lung, so he underwent a chest CT which demonstrated that his kidney cancer had spread to his lungs.

Approximately one year after he was informed about his cancer, during which time he was undergoing chemotherapy, the man was given a Stage IV diagnosis with less than one year to live. Fourteen months later, the man died as a result of "end-stage complications of advanced renal cell kidney cancer." If the man had known about his kidney cancer after the first CT scan, he likely would have undergone a surgery to remove his right kidney sooner and would've had an excellent chance of survival.