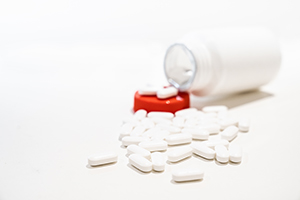 Recent research has revealed that using Tylenol or generic acetaminophen products during pregnancy can disrupt fetal brain development and cause autism. This has prompted a growing tide of Tylenol autism lawsuits around the country. The plaintiffs in these lawsuits allege that the defendants failed to warn about the risks of using acetaminophen during pregnancy, specifically the risks associated with autism.

In October 2022, the Tylenol autism lawsuits were centralized into a new a class action MDL in the Southern District of New York. The new class action currently has around 60 pending cases and hundreds and possibly thousands more are expected.

Using Tylenol During Pregnancy Can Lead to Autism

Tylenol is the iconic brand name of the drug acetaminophen. Tylenol is generic acetaminophen are used by millions of people on a regular basis to relieve aches, pains, and discomfort. It is one of the most commonly used medications in the world.

Because Tylenol is so widely used and has been around for such a long time, it is universally viewed as a harmless drug by both the general public and, to a lesser degree, the medical community. The truth, however, is that acetaminophen is somewhat of a mystery because doctors and scientists do not fully understand exactly how it works on a chemical level.

Over the course of the last 9 years, a continuing stream of clinical studies and research papers have shown that the use of large doses of Tylenol during pregnancy can disrupt fetal development. Some of the this research has found a direct correlation between Tylenol use during pregnancy and significantly higher rates of autism.

This emerging research got minimal attention, however, until a collection several hundred scientists and doctors published a Consensus Statement on the subject in a major medical journal. The Consensus Statement highlighted the evidence connecting Tylenol use during pregnancy to autism and called for manufacturers to include new warnings on their products about this risk. The article also urged the medical community to promote awareness of this risk and take appropriate precautions.

The new research highlighted in the Consensus Statement eventually many parents to bring product liability lawsuits against Tylenol retailers and manufacturers. The plaintiffs assert that the use of acetaminophen during pregnancy caused their child to develop autism. They accuse the defendants of being aware of the link between acetaminophen during pregnancy and autism, and negligently failing to warn pregnant women about this potential risk.

In a class action MDL, a large collection of lawsuits involving similar allegations against a common group of defendants (such as product liability claims involving a single drug or product) are combined together so that a single judge can oversee a collective pre-trial discovery process. A committee of various plaintiffs’ attorneys is created to make collective decisions on behalf of all the plaintiffs.

After going through consolidated discovery, a handful of sample test cases are selected out of the MDL to go to trial. These are referred to as bellwether trials and the results of the trials are supposed to give both sides an idea of what to expect and how much the cases might be worth. A global settlement is generally negotiated based on the bellwether trial results.

Usually, when defendants are facing a large volume of lawsuits across the country involving the same allegations, they are in favor of having the cases centralized into a class action MDL. This allows them to avoid having to defend hundreds of cases across the country simultaneously.

This was not the case with the Tylenol autism lawsuits. When the plaintiffs filed the motion with the JPML seeking MDL consolidation, all of the various defendants filed briefs in opposition to MDL consolidation. Their motivation for this was probably strategic in that they did not want the increased public attention that would come with a class action.

After hearing oral argument on the motion to consolidate (at which the defendants voiced their reasons for objecting), the JPML held that centralization of the Tylenol autism lawsuits was necessary and appropriate. All acetaminophen autism lawsuits in pending federal courts were consolidated into a new class action MDL (In re: Acetaminophen ASD/ADHD Prod. Liab. Lit., MDL No. 3043). The initial transfer order establishing the MDL included 18 cases, but an additional 48 cases were promptly transferred into the MDL in the following week.

Our national product liability lawyers are accepting Tylenol autism lawsuits on behalf of parents and guardians of children who were diagnosed with autism after significant prenatal exposure to Tylenol or generic acetaminophen. Contact our Tylenol autism lawyers today at 800-553-8082.