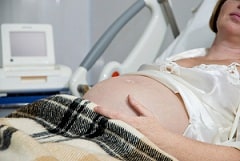 While the Topamax cases in the federal class action are plodding along, cases in state court in Pennsylvania have been hot and the outcomes have not been good for Janssen, the manufacturer of Topamax, which is a subsidiary of Johnson & Johnson.

Two of these lawsuits went to trial. In both of these cases, Janssen made the only arguments that it can make:

Early Returns: Juries Think Topamax Cases are Worth a Lot of Money

The juries in both of these cases listened to those arguments by Janssen and decided they were nonsense. They awarded $4 million to one family in October 2013 and $11 million to another family hurt by Topamax just one month later.

These juries found that Janssen knew fully well about the risks of birth defects with this product for years and not only failed to warn doctors and pregnant moms but tried to bury information that would have to make the risks of birth injuries with Topamax obvious.

What Topamax Cases are Really About

At this point, the science seems pretty clear that when an expectant mother takes Topamax there is a much greater risk of cleft lip, cleft palate, and craniofacial injuries when her child is born.

These cases are classic mass tort class action failure to warn cases. These cases allege the drug maker knew or should have known of the risk of their product. In this case, the fact that Topamax causes fetal craniofacial injuries was not made clear to doctors and patients in the drug's package insert until after March 4, 2011, when the FDA finally got wise to this problem. The agency announced that this drug is a "teratogen" that is linked to cleft lip, cleft palate, and other causing craniofacial abnormalities in newborns.

As a result, the FDA mandated that Topamax is categorized as a Schedule D drug that should not be prescribed to women who are "at risk" for becoming pregnant.

What Janssen Did with Topamax Was Criminal

Janssen's conduct with Topamax was criminal. That sounds like plaintiffs' attorneys' hyperbole, right? So let's be clear. Janssen pleaded guilty in U.S. District Court in Boston to criminal violations of federal law. What did they do? They promoted the heck out of Topamax for lots of things that were not medically acceptable. They paid a criminal fine of over $6 million. They also paid $75.37 million in a civil lawsuit that alleged it caused false claims to be submitted to federal agencies regarding psychiatric uses for of the drug that was not medically indicated.

What does this tell us about the failure to warn cases? Where there is smoke, you look for a fire. Here, this company had a history of not being honest about its product to make money. Should we be surprised to hear allegations that they did not warn about the risk of the drug because doing so would have cost them money? No, because they have proved a willingness to put profits ahead of people.

How Much Money Should You Expect in a Topamax Case?

We have seen two jury verdicts with an average of $7.5 million. Is that the real value of these cases? No. What is the real value? It is impossible to say. Every Topamax birth defect case is going to be different and these cases don't guarantee success in any future case.

That said, we can't ignore what these verdicts mean in the grand scheme of things. While the sampling size is small, juries seem very upset with what Janssen did in these cases.