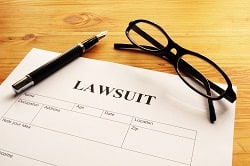 For example, a driver with $1,000,000 of UM coverage has $700,000 of additional coverage when the responsible driver has a policy limit of $300,000. If this hypothetical case settled for $500,000, the responsible driver's insurance company would likely pay the full $300,000 while the insurance covering the injured driver's vehicle would pay the additional $200,000. In Maryland, all insurers are required to provide uninsured motorist coverage. (For a history, see Donna M. Maag, Comment, Compensation for Victims of Uninsured Motorist Accidents, 12 U.Balt. L. Rev. 314 (1983)).

This case involved a three car accident in Talbot County. Driving a Toyota that was owned by Yoon Ko Myung, Ok Cheon drove into the back of a BMW driven by Trempe and owned by Diana Crisfulli, propelling it into a car being driven by James Hurst. Crisfulli and her son Nicholas were riding as passengers in a car owned by her but driven by John Trempe. The Toyota vehicle was insured by Progressive Insurance Co. [Learn about the challenges dealing with Progressive.]

The policy limits was under a $ 50,000 single limit liability policy ("the Progressive Policy"). Trempe, Crisfulli, Nicholas, and Hurst all made claims against that were addressed by Progressive. They received settlement payments under that policy that exhausted the $ 50,000 limit of the Progressive policy: $ 28,451 to Trempe; $ 17,071 to Crisfulli; $ 750 to Nicholas; and $ 3,278 to Hurst.

The Crisfulli vehicle was insured by State Farm whose policy included uninsured motorist ("UM") coverage with limits of $ 25,000 per person and $ 50,000 per accident. [In 2013, the minimum is now $30,000/$60,000.) Trempe and Crisfulli filed suit against Ha, Myung, and State Farm. Judge Horne dismissed all claims except for Trempe's breach of contract claim against State Farm, which alleged that State Farm was obligated under the policy to pay Trempe UM benefits. The parties agreed to a damage amount and asked the judge to enter judgment in favor of Trempe and against State Farm for $21,549. State Farm filed an appeal.

The Maryland Court of Special Appeals ruled that there was no underinsurance and therefore the UM coverage under the State Farm policy did not apply to it. The court found that when the negligent driver is covered by a policy's single limit that equals a UM policy's per accident limit, and when remaining available coverage under a tortfeasor's policy exceeds the per person limit in the UM policy, the tortfeasor's vehicle was not an "uninsured motor vehicle" under the statutory definition. Because Trempe had more insurance available to her under the tortfeasor's liability policy ($50,000), than under the State Farm policy ($25,000 per person), the statutory definition was not satisfied. Accordingly, the Plaintiff's were not entitled to insurance benefits.

Practice Areas
Practice Areas
Client Reviews
★★★★★
They quite literally worked as hard as if not harder than the doctors to save our lives. Terry Waldron
★★★★★
Ron helped me find a clear path that ended with my foot healing and a settlement that was much more than I hope for. Aaron Johnson
★★★★★
Hopefully I won't need it again but if I do, I have definitely found my lawyer for life and I would definitely recommend this office to anyone! Bridget Stevens
★★★★★
The last case I referred to them settled for $1.2 million. John Selinger
★★★★★
I am so grateful that I was lucky to pick Miller & Zois. Maggie Lauer
★★★★★
The entire team from the intake Samantha to the lawyer himself (Ron Miller) has been really approachable. Suzette Allen
★★★★★
The case settled and I got a lot more money than I expected. Ron even fought to reduce how much I owed in medical bills so I could get an even larger settlement. Nchedo Idahosa
View More
Submit a Law Firm Client Review
Our Firm ›
Attorneys ›
Medical Malpractice ›
Personal Injury Practice ›
Communities Served ›
Injury Victim Help Center ›
Plaintiff Attorney Center ›
Insurance Company Insight ›