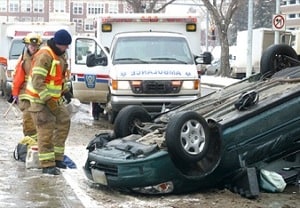 Usually, when we talk about car accidents, we think of them as involving more than one car. Whether a collision or a rear-end fender bender, most motor vehicle crashes indeed involve more than one motorist. Yet there are many ways a deadly accident can occur with just one vehicle involved and these accidents are just as devastating as those involving multiple vehicles.

The Dangers of Single Vehicle Accidents

Single-vehicle crashes can happen in many ways. A car’s faulty design may cause it to overturn, or the road may have dangerous deficiencies that cause a car to lose control, or an object may be negligently placed near the road causing a collision. In 2007, 59% of fatal crashes involved only one vehicle, as compared with 33% of injury crashes and 31% of property-damage-only crashes. These crashes pose an especially significant risk for young drivers who often travel fast and drive in a distracted manner. Among drivers ages 16-19 involved in fatal crashes in 2008, 49% were involved in single-vehicle crashes. As the statistics show, these types of crashes are extremely serious.

By far, the most common single-car crash cases we handle involve either: 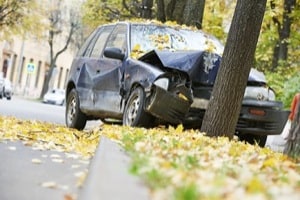 The latter usually involves phantom vehicles which are cars that either flee the scene or never even know that their malpractice caused a collision in the first place.

Here are some other claims we often see:

How Could a Single Vehicle Crash Happen in Real Life?

On a summer night, Mike is heading home from work. It is an especially breezy night on I-495 outside of P.G. County. The traffic is relatively light. Mike cruises down the highway in the left lane of traffic, going the speed limit and watching out for all other cars on the road. As he approaches the exit he takes to get home, he notices a dramatic increase in the velocity of the wind. He feels his car shake a bit, which momentarily distracts him, but he quickly re-focuses on the road.

As he can see his exit, he all of a sudden sees a huge structure coming down on his vehicle. He accelerates and can avoid the brunt of the impact but the structure still lands on the back of Mike’s car and the impact causes him to lose control and smash into the concrete divider. Mike can’t tell right away, but the structure that came down on his vehicle was a light pole that had not been adequately secured to the ground to withstand a windy day.

Mike’s car is totaled and he has two broken legs and a broken collarbone. Mike is airlifted to Maryland Shock Trauma where he barely escapes having his leg amputated. The county who affixed the lights to the ground should be held liable for their negligence, which caused the light pole to fall and severely injure Mike.

Who Pays Verdicts and Settlements in Single-Vehicle Crash Cases? 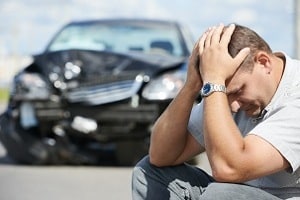 Examples of Settlements and Verdicts Reached in Single-Vehicle Crash Cases 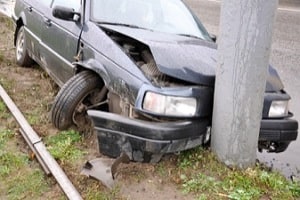 Have You Been In a Single Vehicle Crash? If So, Contact Miller & Zois

Single-vehicle crashes are deadly and dangerous. If you have been the victim of one of these crashes, you deserve an attorney who will fight for you to receive maximum compensation. The attorneys at Miller & Zois are dedicated and highly qualified with experience in all types of serious accident cases, including single-vehicle crashes. Contact us immediately at 800-553-8082 or get a free case evaluation online.

Single Vehicle Accidents
Client Reviews
★★★★★
They quite literally worked as hard as if not harder than the doctors to save our lives. Terry Waldron
★★★★★
Ron helped me find a clear path that ended with my foot healing and a settlement that was much more than I hope for. Aaron Johnson
★★★★★
Hopefully I won't need it again but if I do, I have definitely found my lawyer for life and I would definitely recommend this office to anyone! Bridget Stevens
★★★★★
The last case I referred to them settled for $1.2 million. John Selinger
★★★★★
I am so grateful that I was lucky to pick Miller & Zois. Maggie Lauer
★★★★★
The entire team from the intake Samantha to the lawyer himself (Ron Miller) has been really approachable. Suzette Allen
★★★★★
The case settled and I got a lot more money than I expected. Ron even fought to reduce how much I owed in medical bills so I could get an even larger settlement. Nchedo Idahosa
View More
Submit a Law Firm Client Review
Our Firm ›
Attorneys ›
Medical Malpractice ›
Personal Injury Practice ›
Communities Served ›
Injury Victim Help Center ›
Plaintiff Attorney Center ›
Insurance Company Insight ›