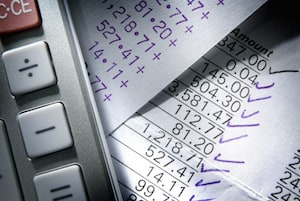 This is a wrongful death medication error lawsuit filed on behalf of the family of a Baltimore woman. Tragically, the woman died after she received a drug to which she was allergic despite knowledge of this in her medical records. The case was filed in Maryland Health Claims Arbitration on February 17, 2017, and is the 84th medical malpractice case filed in Maryland in 2017.

A 59-year-old woman has a history of asthma, COPD, diabetes, and severe anaphylactic reactions to multiple medications. She has multiple admissions to the hospital, including Johns Hopkins Bayview Medical Center, for severe allergic reactions. Her latest hospitalization was at Franklin Square Hospital for shortness of breath and elevated blood glucose level. During that admission, she was given Moxifloxacin (Avelox, Vigamox or Moxeza), an antibiotic. She developed a reaction to this while in the ER and is treated with Benadryl and IV hydration.

Several months later, the woman is at home when she experiences respiratory distress. She attempts to treat herself with Albuterol but experiences no relief in her respiratory status. Her husband calls 911 and she is taken to Johns Hopkins Bayview Medical Center. The Fire Department indicates that she is allergic to "penicillin's and mycin's." The woman's husband gives them a list of her medication allergies.

When the woman arrives at the hospital, the physician fails to note her allergy to Avelox. He assesses her and finds her to be alert but in respiratory distress. He orders a chest X-ray, EKG, albuterol treatments, and blood work. At the same time, the electronic medical record indicates that the woman needs a trial of any new medications in the hospital due to her history of reactions.

The chest X-ray is concerning for left lower lobe pneumonia, so defendant orders Avelox despite the woman's history of severe allergic reaction. He fails to obtain a complete assessment of her history and fails to place her on a heart monitor or order frequent nursing assessments. Within an hour of being given the medication, the woman has severe shortness of breath. At this point, the defendant nurse should have known to call for immediate assistance and to ensure that she maintained a safe airway. Instead, he leaves her in severe respiratory distress to get a nebulizer treatment. When he returns, he finds the woman with discolored skin and without respiration.

The doctor intubates the woman and attempts CPR. An hour later is the first time that she is given Benadryl and IV medicines for her allergic reaction. That evening, she is admitted to the intensive care unit in critical condition. She has no neurological responses. A head CT suggests an acute/subacute ischemic injury and that she is in acute renal failure. An MRI reveals diffuse anoxic/hypoxic brain injury and cerebellar herniation. She is pronounced dead.

The cause of death on the woman's death certificate is cerebral edema, anoxic brain injury, and PEA arrest. Her Estate alleges that if the staff had complied with the standard of care that she would have recovered from her illness without complication.

Miller & Zois can help you get the compensation and justice you deserve if you have sustained an injury due to the negligence of a doctor. We have a very long history of results in medical malpractice and nursing home cases in Maryland, earning large verdicts and settlements. Call Miller & Zois today at 800-553-8082 or get a free online case review.