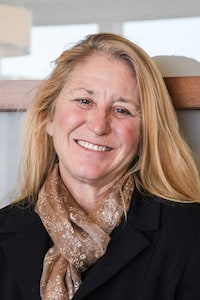 Lisa Fisher has been engaged in a variety of law-related pursuits over three decades, starting as a union organizer for industrial workers in the late 1980s. After several years in that line of work, Lisa attended law school at Suffolk University Law School in Boston, MA, graduating in 1996 with several leadership awards. She took her law degree to Pittsburgh , where she served as counsel to her local union, representing the members in contract negotiations, organizing new members, mediations, arbitrations and political action. She went on to assist the professional staff at the University of Maryland campuses organize into AFSCME.

In the mid-2000s, Lisa was a founding member of the Dundalk Renaissance Corporation, leading the organization in obtaining IRS 501(c)(3) designation and serving on its Board of Directors for several years. As part of her mission to serve her community's revitalization efforts, Lisa opened a coffeehouse in historic Dundalk Village. She was a manager-owner of the Village Coffeehouse for several years before selling it in order to spend time with her teenage son and pursue other creative pursuits, such as leading committees of the local Optimist Club and organizing an anti-litter campaign in her community.

Lisa joined Miller and Zois to assist with litigation efforts, continuing her passion as an advocate for the injured and powerless. In her spare time, she enjoys music festivals, camping, reading 19th century literature, and spending time with her family.