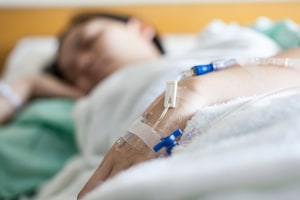 This birth injury claim was filed in Baltimore City against St. Agnes Hospital after a newborn suffered hypoglycemic brain damage. It was filed in Health Claims Arbitration on March 6, 2018, and it is the 107th medical malpractice case filed in Maryland this year.

A 29-year-old woman presented to St. Agnes Hospital after her water broke at 36 weeks of pregnancy. Given her documented history of gestational diabetes, her health care providers should have performed glucose checks throughout the course of her labor. If the hospital staff had performed regular glucose checks, they would have recognized the woman's abnormal results and provided an insulin drip to regulate her blood sugar levels.

Unfortunately, the hospital staff never performed any glucose tolerance tests whatsoever and the woman's baby was born in a depressed state, requiring suctioning, stimulation, and transfer to the Neonatal Intensive Care Unit (NICU). Bloodwork revealed that the baby's glucose levels were seriously low and dropping.

If the appropriate glucose testing was performed during labor and delivery, the baby would have been born without hypoglycemia. Because the mother's blood sugar levels were abnormal during delivery, her baby was born in a severe hypoglycemic state which led to significant and permanent disability. The baby was provided with dextrose (sugar) in the NICU, but he was still exhibiting blank stares, low oxygen saturation levels, and left-sided twitching.

The day after birth, brain imaging revealed an injury to the baby's occipital lobes. Later that day he was transferred to another hospital for seizure activity, and additional studies confirmed the presence of hypoglycemic brain injury.