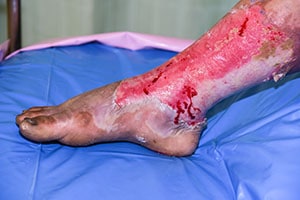 Settlement Value of Lawsuits Against Dermatologists

Settlement and verdict statistics back up dermatology's infrequently involvement in litigation. In one study of 2,704 closed claims dermatologists, plaintiffs received a recovery in only 29% of the claims that involved dermatologists. The average settlement or verdict malpractice lawsuits against dermatologists was only $137,538. While this average is low, it is much higher than the median in dermatology cases of $35,000.

The best lawsuits against dermatologists for hair removal malpractice are not against dermatologists at all. The reported range of the percentage of these cases that are filed as the result of the negligence of non-dermatologist is between 40% and 91%. This does not necessarily let the doctor off the hook. In many of these dermatology offices, the office is focused on profits and trying to maximize how much money it can make on cosmetic related procedures. To meet this volume in the most profitable way, too many non-physician operators take on too much responsibility, and the result is errors.

Plaintiff, an adult woman, has a consult with defendant at the Dermatology Center. She has laser hair removal done on her legs. During the removal, early on in the procedure, she begins to have severe pain, hives, swelling, and redness. Defendant continues the procedure. In the end, the woman has extreme pain, blisters, and second-degree burns on both of her legs.

The woman files this claim against defendants, arguing that they had a duty to carefully assess her skin conditions and diagnose her. This would have led them to inform of her alternative treatments and the risks involved with her treatment. She also claims that once the symptoms began early on in the procedure, the defendants should have stopped the treatment immediately to minimize any further complications.

If you've been injured due to the negligence of a doctor or medical staff, our firm can help you get the justice you deserve. Miller & Zois has a history of obtaining large settlements and verdicts in medical malpractice cases in Maryland. Get a free online case review or call us today at 800-533-8082 to speak with an attorney who can help you.