DePuy hip replacement cases are beginning to settle. What is the settlement value of the DePuy cases? The expectation by many plaintiffs' lawyer and analyis is that the majority of the cases are going to settled between $200,000 and $600,000. But the more serious cases are likely to be much more.

DePuy is settling off the weakest cases now in the $200,000 range, hoping to send a message to plaintiffs that this is the approximate settlement value of these hip replacement injuries. It is a good effort. It is called trying to anchor settlement expectations at the low end of the range. But I don't think many clients will resolve these claims for less than they are worth. The settlement value of these claims with these clients who have suffered so much clear exceeds $200,000. (Update: the first round of settlement amounts were in the $125,000 range, unfortunately.)

If you have a question about a particular case, click here for a free no obligation Internet consultation or request for information or call 800-553-8082. 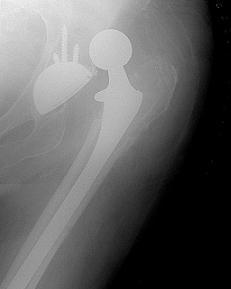 DePuy started selling these devices in July 2003 and began instantly making a fortune. But in recent years, DePuy sales began to slip to the point where DePuy said last year it was going to phase out its hip replacements because of slowing sales. Why did sales slow down?

The realization of a high failure rate of ASR hip implants has become increasingly obvious in recent years to the point where most surgeons were steering patients clear of these hip replacements. Finally, in August 2010 there was a DePuy hip replacement recall, surgeons responded with a "we knew that already" shrug. Problem is, by the time we got to this point, 93,000 ASR hip replacements had been implanted.

Making matters worse, there are also concerns about metal-on-metal hip implants in general. Some DePuy ASR XL hip implant patients are suffering from metal toxicity from the wear and tear of metal-on-metal. These metals are rolling around in the body as Chromium and Cobalt debris from their metal on metal hip implants. The excess wear causes necrosis or tissue injury that can cause severe pain. Because the DePuy implants were failing, the amount of metal-on-mental friction was even greater with these hip replacements. The long term impact of all this metal? The real answer is that no one knows. Death of the tissue but, it can also damage the nerves and bone. The medical literature has reflected concerns for a number of years about metal on metal hip implants causing toxic metal debris to be released in the body. However, most other metal on metal implants do not have the design problem of the DePuy that causes excessive wear and unusually high releases of metal debris. It is possible that most or maybe even all of the DePuy ASR hip implants will have to be removed or replaced. The metal toxicity can cause substantial damage if allowed to continue.

DePuy has promised to "make things right" for patients with these defective hip replacements. This has, somewhat incredibly, lead to another DePuy class action lawsuit being filed. The class action claims that after the DePuy ASR recall, the company deceived patients by agreeing to make things right and in exchange, getting access to hip recall victims' medical records. The lawsuit argues that DePuy has essentially promised victims nothing in exchange for something. Reportedly, they are paying hip replacement surgeons to convince patients to give DePuy the explanted hip replacement which is, of course, a potentially important piece of evidence in any potential suit against DePuy. Honestly, it is hard to believe their intent is to destroy evidence. It is probably not. Then again, it is incredible that DePuy put and left this product on the market in the first place when they knew or had reason to know they would cause its users so much pain.

If your DePuy hip replacement was subject to this recall, contact our hip implant recall lawyers at 1-800-553-8082 or click here for a free no obligation Internet consultation or request for information.