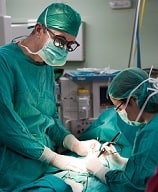 Bringing science fiction one step closer to science fact, the da Vinci Surgical System is a medical device that doctors can use to perform complex and invasive surgeries. It is essentially a very expensive ($2 million) computer-aided, electronic scalpel. The da Vinci surgical system has done a lot of great things, helping doctors with prostatectomy (removal of prostate gland), hysterectomies, prostate, kidney, esophageal, and pancreatic cancer surgeries, cardiac surgery... and a host of other serious and not so serious aliments. But, as with all medical equipment, there are dangers that the equipment can malfunction, or that a doctor may use it incorrectly.

If you have a potential da Vinci claim, call us. Settlement negotiations in these cases are expected to begin soon. Accordingly, you want to make your claim sooner rather than later because of statute of limitations concerns and a whole host of other reasons. Call 800-553-8082 or get a free on-line consultation.

Intuitive Surgical, the manufacturer of the da Vinci, made $233 million selling the device in 2011. Some of those profits are dependent on the immense pressures put on hospitals to stay competitive—hospitals want to have the latest and newest technologies to attract patients. Some of those profits are dependent on the corresponding pressure from hospitals to physicians—hospitals need their doctors and outside doctors to use the equipment to justify its astronomical price tag. $2 million is just the beginning, and it doesn’t even cover maintenance or subsequent training. We believe that some of those profits are at the expense of thorough device testing. These pressures and short-cuts are not conducive to patient health.

In a product liability lawsuit, the injured patient must show that the medical device was somehow defective. We believe that these da Vinci Surgical System robots have many problems and can be unsafe for surgical use. Here are the some of the types of product liability claims: 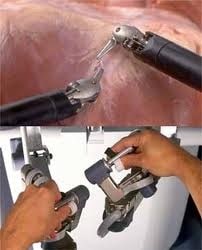 A design defect claim alleges that the medical device has a fundamental problem that results from the intended design. Under this claim, the injured person must prove that a device created exactly to manufacturer specifications is dangerous and caused injury.

There are clearly some design defect problems with the da Vinci robot. As one federal wrongful death lawsuit alleged, the device was the cause of severe surgical burns for one 24-year-old woman. She entered the hospital for a hysterectomy, but electrical current jumped from the da Vinci to the patient, severely burning her intestines and arteries, causing her death two weeks after surgery. The da Vinci may not be sufficiently insulated to protect against electrical current, and it may provide for too much current during use. This just should not happen. If there is a better, safer way to manufacture this surgical device, it should be done. There is too much at stake not to take every last precaution to make sure the device is safe.

Unlike a design defect claim, a manufacturing defect claim is used when one of the medical devices (for example, the robot used in your surgery) was created imperfectly, contrary to the manufacturer’s specifications.
There are no indications that any specific robot has a manufacturing defect, but every case must be examined for such a possibility. These defects can be structural—problems with the operative “arms” that hold surgical equipment, for example. These defects can also be internal—if the operating software had bugs, it could cause problems in device performance.

Failure to warn/failure to adequately warn

Under a failure to warn theory, the injured patient must show that the manufacturer and seller of the medical device failed to provide proper warnings about risks and dangers of the device. In these cases, the warnings would extend to the hospitals and doctors. The manufacturers of these type of devices must give the health care professionals information about the risks of the robot. Some of these required warnings may include the dangers of using the device without adequate training, and an idea of what amount and form of training is adequate.

Medical Malpractice: Doctor and Hospital Negligence with the da Vinci

The second possible component of any da Vinci lawsuit is a medical malpractice claim. While some injures are caused by problems with the device (da Vinci design defects, manufacturing defects, and failure to warn), other injuries may be caused by doctors or hospitals who negligently use and operate this equipment. In some cases, both a product liability and medical malpractice claim will need to be brought simultaneously until experts can figure out what went wrong.

In the medical malpractice case, there are a few very likely types of claims:

Claims against the operating doctor or hospital will usually center around the catch-all negligence count. Essentially, that type of claim argues that the health care provider did something wrong that caused injury. For the da Vinci, patients might allege that the doctor incorrectly operated the device, which caused something to go wrong (like a cut artery, vein, or organ). Or, the nurse may have improperly prepared the equipment for surgery, which could cause infections or other errors during surgery.

This is clearly a complicated piece of equipment. Doctors are starting to come forward to tell how their hospitals have pressured them to use the machine on patients, even before the doctor is ready for that step. Some doctors estimate that it can take between 200 and 750 surgeries to comfortably use the device. That takea a lot of experience, right? However, many doctors are thrust into surgery without sufficient training. Those doctors will likely make mistakes, and even the most minor surgical mistake can have deadly consequences.

If you believe that you have been injured during robotic surgery, call us toll-free at 1.800.553.8083, or online. We handle medical device product liability cases and medical malpractice cases nationwide, and we have relationships with experts who can determine what went wrong during your surgery.

For more information
Practice Areas
Client Reviews
★★★★★
They quite literally worked as hard as if not harder than the doctors to save our lives. Terry Waldron
★★★★★
Ron helped me find a clear path that ended with my foot healing and a settlement that was much more than I hope for. Aaron Johnson
★★★★★
Hopefully I won't need it again but if I do, I have definitely found my lawyer for life and I would definitely recommend this office to anyone! Bridget Stevens
★★★★★
The last case I referred to them settled for $1.2 million. John Selinger
★★★★★
I am so grateful that I was lucky to pick Miller & Zois. Maggie Lauer
★★★★★
The entire team from the intake Samantha to the lawyer himself (Ron Miller) has been really approachable. Suzette Allen
★★★★★
The case settled and I got a lot more money than I expected. Ron even fought to reduce how much I owed in medical bills so I could get an even larger settlement. Nchedo Idahosa
View More
Submit a Law Firm Client Review