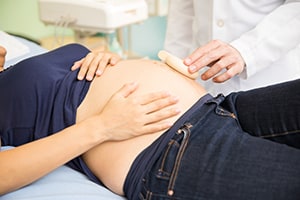 Cerebral palsy is a disorder that is very strongly associated with medical malpractice. There is a very simple reason this association and it has nothing to do with the ambitions of malpractice lawyers. Cerebral palsy is often the direct and immediate consequence of negligent care provided by doctors and/or hospital staff during childbirth. Cerebral palsy is not a genetic disorder like autism or Down syndrome.

Rather, cerebral palsy is more accurately described as an “injury” (e.g., a broken leg) that is actively caused by some adverse event during pregnancy or childbirth. The primary role of obstetrical healthcare is to prevent adverse events from harming the mothers and babies. This does not mean that doctors are at fault anytime a baby is harmed by complications during pregnancy or birth. However, the simple reality is that a large percentage of bad outcomes are the result of errors and negligent care on the part of doctors and hospitals and this is particularly true in the case of cerebral palsy. Each year in the U.S. approximately 10,000 babies are born with cerebral palsy. Although there is no way to know for sure, most experts estimate that as many as half (5,000) of these cases are caused by preventable medical negligence.

To bring a valid legal claim against a doctor or medical professional for medical malpractice a civil plaintiff must be able to prove 3 basic elements:

In cerebral palsy malpractice cases the primary focus is on the 2nd element. Cerebral palsy is caused by injury to the baby’s brain from oxygen deprivation during gestation or delivery. As mentioned above, the oxygen deprivation is the result of some complication or adverse event during pregnancy or during labor in delivery. In a cerebral palsy malpractice case the critical question is whether the doctor’s actions with respect to the adverse event or complication were reasonable and appropriate based on accepted practices.

The precise focal point of this question will usually depend on the underlying theory of the plaintiff’s claims. The vast majority of CP malpractice claims are based on allegations that the doctor (and/or hospital) somehow botched a difficult labor and delivery process. Of course in order for these theories to work plaintiffs need to show that there was something the doctor could have done differently that would have avoided the injury to the baby. Almost all cerebral palsy cases are based on the premise that the baby could have been safely delivered with a timely emergency C-section.

To actually prove this 2nd element in court plaintiffs need more than just a sound theory. The only way to successfully prove that a doctor was negligent is by getting an expert opinion from another doctor. In fact, plaintiffs are not even allowed to file medical malpractice lawsuits without first getting another doctor to sign a certificate confirming that there is evidence of medical negligence.

Most cases of cerebral palsy are directly linked to an adverse event during labor and delivery. However, cerebral palsy can also result from complications that arise during pregnancy. Most of these potentially dangerous complications can be successfully treated or managed with proper prenatal medical care. Unlike complications during delivery, problems during pregnancy tend to develop much slower giving doctors more time to intervene and prevent harm to the baby. So long as a complication is promptly identified it can almost always be safely managed. The real threat to the baby occurs when complications go undiagnosed. This is why basically all cerebral palsy malpractice cases based on prenatal care are based on failure to diagnose theories. The critical focus in these cases is whether the doctors could have and should have diagnosed the complication and taken steps to avoid the injury to the baby.

The pregnancy complications that are most frequently involved in cerebral palsy cases based on negligent prenatal care include:

When cerebral palsy is the direct result of improper medical care, it usually takes place in the labor and delivery room. As many as 20-25% of all cerebral palsy cases are directly linked to oxygen deprivation and brain injury occurring during labor and delivery. Human childbirth is a very difficult process that can be acutely hazardous for the baby. Until the moment of birth when a baby starts breathing on its own, it remains dependent on the delivery of maternal oxygen through the umbilical cord and placenta. However, the normal functioning of the placenta and the umbilical cord are under constant threat during labor. Anything that disrupts or constrains the delivery of oxygen to the baby, even for just a few minutes, can potentially injure the baby’s delicate brain. The neurologic damage from this sort of momentary deprivation of oxygen is what eventually leads to a lifetime of cerebral palsy.

When it comes to delivering babies, the primary function of doctors and hospitals is not to simply get the baby out. Babies can be delivered at home without a doctor or nurses or monitoring equipment. The reason for delivering babies in a hospital with doctors is because it is safer. The doctors and hospital staff are there to prevent babies and mother from being harmed during labor and delivery. Safeguarding the baby from the constant threat of oxygen deprivation is what doctors and nurses get paid to do during childbirth. This does not mean that anytime a baby suffers oxygen deprivation it necessarily means the doctors and nurses failed to do their job. Even when the labor and delivery team do their jobs perfectly they cannot always prevent harm to the baby. However, in most situations, harm to the baby can be prevented with careful and effective medical care.

Malpractice during labor and delivery tends to be very fact specific and much like a fingerprint no 2 cerebral palsy malpractice cases are exactly alike. However, the nature of the malpractice in cerebral palsy cases can be grouped in several common categories which are described below.

Recent CP Verdicts Involving Delivery Room Errors
Cerebral Palsy
Client Reviews
★★★★★
They quite literally worked as hard as if not harder than the doctors to save our lives. Terry Waldron
★★★★★
Ron helped me find a clear path that ended with my foot healing and a settlement that was much more than I hope for. Aaron Johnson
★★★★★
Hopefully I won't need it again but if I do, I have definitely found my lawyer for life and I would definitely recommend this office to anyone! Bridget Stevens
★★★★★
The last case I referred to them settled for $1.2 million. John Selinger
★★★★★
I am so grateful that I was lucky to pick Miller & Zois. Maggie Lauer
★★★★★
The entire team from the intake Samantha to the lawyer himself (Ron Miller) has been really approachable. Suzette Allen
★★★★★
The case settled and I got a lot more money than I expected. Ron even fought to reduce how much I owed in medical bills so I could get an even larger settlement. Nchedo Idahosa
View More
Submit a Law Firm Client Review