What Did Johnson & Johnson Know About Morcellators and Cancer 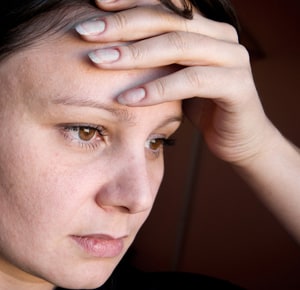 These cancer morcellator lawsuits are going to come down to one issue: What did Johnson & Johnson and the other manufacturers know about morcellators association with uterine cancer and when did they know it? If they did know it eight years ago, as many suspect, why didn’t they come forward sooner?

What Morcellators Do and How They Cause Cancer in Women

Morcellation procedures were introduced to the medical world in 1993. Morcellators are motorized bladed surgical tools used to cut and remove uterine tissue and fibroids; typically, during fibroid removal procedures and hysterectomies. However, these medical devices can also be used in laparoscopic renal nephrectomies and splenectomies procedures. The medical tool was designed to help facilitate the minimally invasive laparoscopic surgery, reduces recovery time, minimize scarring and supposed to avoid many of the risks associated with traditional open surgery. However, this is not the case with morcellators.

About 1 in 350 women who undergo fibroid removal by the use of power morcellators suffers from undiagnosed uterine cancers? The problem is if any of those tissues containing cancer cells do not get removed, they can spread to other areas, leading to the development of sarcomas. Morcellators are a double-edged sword. A medical device that is supposed to dissect the uterus or uterine fibroids to help treat a patient; ultimately, can harm the patient by disseminating undiagnosed cancer that pre-operative screening tests cannot reliably detect.

Morcellator cancer risks is currently a hot topic in the news. The question is why it took so long for the evidence of this cancer risk to reach this critical mass. Researchers have confirmed that the cancer risk with hysterectomy morcellation procedures, go hand-and-hand with the risk of aggressive uterine cancers being spread.

The Risk May Be Age Dependent

A new recent development: the morcellator cancer risk increases with age. The Journal of the American Medical Association conducted a study that confirmed the risk of hysterectomy cancer in both older women, as well as, those under the age of 50. The study found that the risk of more aggressive uterine cancer of being spread increases with one’s age. In fact, about 2.7% of women who underwent hysterectomies for what was appeared to be benign uterine fibroids were actually found to have undiagnosed cancer. Further, approximately .22% who underwent hysterectomies for what appeared to be benign uterine fibroids had uterine sarcoma. It is scary to think that women who undergo a morcellation procedures may have undiagnosed cancer, which could, ultimately spread to other organs and metastasize, before the doctor may be able to detect the sarcoma.

Out of an estimated 600,000 hysterectomies done each year, about 50,000 involve the use of power morcellation. Researchers from Columbia University found lower rates of uterine cancer in women who underwent myomectomy procedures – a procedure that involved the removal of uterine fibroids while keeping the uterus intact. The purpose of a myomectomy verse a hysterectomy is to preserve a woman’s ability to have children. Due to the risks of uterine cancer now associated with a woman’s age; patients do have other surgical treatment options available. For example, traditional surgical hysterectomy (performed either vaginally or abdominally), myomectomy – as mentioned above, laparoscopic hysterectomy and myomectomy without morcellation, and laparotomy using a smaller incision.

According to the FDA panel, there is no way to make power morcellators safer.

According to the Wall Street Journal, doctors are “taking a gamble with their patients and with themselves” because younger women, despite having a lower risk than older women, still can have a hidden sarcoma. In fact, the FDA panel was split 50-50 on whether to recommend morcellators be recalled or implement stronger warnings on the medical devices. Honestly, we struggle to see how they could be split.

In November 2014, the FDA announced that it will allow morcellators to remain on the market, with stronger warnings about the risk of cancer affiliated with the use of morcellator procedure. Further, the FDA encourages doctors to inform their patients of the risk of spreading unsuspected cancer from the use of morcellator devices in fibroid surgery and discuss the benefits and risks associated with all treatment options.

As a result of the new FDA announcements, many doctors and hospitals have agreed that they will no longer perform morcellation procedures. Further, experts have agreed that morcellation procedures are no longer necessary for removing uterine fibroids or in hysterectomy procedures. The FDA will continue researching ways to further help reduce the risk of unsuspected cancer spread by laparoscopic power morcellation and earlier detection of uterine cancer, which could potentially contain cancerous tissue. This is all good. But it is too late for some.

Lawsuits have been filed as a result of inadequate warnings of the risks associated with morcellation procedures. Have you or a loved one had the removal of uterine fibroids or a hysterectomy with the use of a morcellator; and suffered from uterine sarcoma, leiomyosarcoma, endometrial stromal sarcoma, or any other sarcoma following the use of a morcellator? If so, please contact us to discuss your case with one of our experienced attorneys at 800-553-8082 or get a free online consultation. There is no cost or obligation, the consultation is completely free. In fact, there is no cost or expense of any kind unless a recovery is ultimately obtained for you.