Our law firm is investigating injuries after a carbon monoxide leak at the Weston at BWI Airport (Thurgood Marshall). 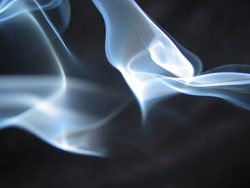 What happened? On the afternoon of February 16, 2013, the fire department received an alarm that detected high levels of carbon monoxide. At least twenty people were known to be affected. All seven floors of the BWI were exposed.

Carbon monoxide is deadly serious. It is a silent killer because it can cause great harm before anyone realizes it presence. It has no smell. It has no taste or color. According to the CDC, 500 people die every year from carbon monoxide poisoning and 15,000 make a hospital trip.

Another problem with many of the symptoms of carbon monoxide poisoning is that the symptoms are not specific to carbon monoxide. So you have symptoms such as headaches, dizziness, and flu-like symptoms, that are from the CO exposure but no reasonable person is going to suspect that is the cause of their injuries. It may well be that many of the people at the Westin BWI experienced symptoms on Friday but did not leave the hotel until the fire department evacuated the hotel.

How does carbon monoxide, which has the chemical symbol CO, hurt us? CO binds with the hemoglobin in blood. It has 240 times the affinity of oxygen. So, basically, it cuts off the oxygen to your brain, heart and other vital organs that constantly need oxygen before you even know it.

Who Is at Fault for the Westin BWI Leak? 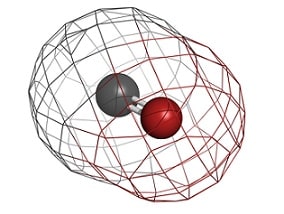 Let's be clear. We don't yet know who, if anyone is to blame for this. But, this is a reoccurring problem in hotels and it is usually caused by a manufacturing defect or poor maintenance of the HVAC heating system, hot water heaters, or kitchen stoves. It is not usually the kind of problem that occurs in the absence of negligence.

You want to be careful not to jump to conclusions because no one knows what really happened here. But, let's be realistic, too. Most likely, historically speaking, in these types of CO exposure claims involving hotels or apartment complexes -- the two most common defendants in these cases -- the blame for the harm that was done rests in at least some measure with the property owner.

The risks of exposure to CO can be reduced by having the proper detection system throughout the facility. Did the Weston BWI have an adequate system of detecting the problem? Right now, no one knows. At the risk of being redundant, we don't know why this happened. But there is one thing we know for sure: people were hurt.

Getting a Lawyer to Investigate Your Claim

If you or someone you love was at the BWI Weston Airport Hotel between Valentine's Day and Sunday, February 16th, our law firm is investigating these claims for a potential class action lawsuit. If you want to learn what you can do about what has happened, call our lawyers at 800-553-8082 or get a free online consultation. Our law firm, Miller & Zois charges no fees or costs unless we obtain money for you on your claim.