Last month, medical device company Philips drew national attention from the plaintiffs’ bar when it recalled over 3 million sleep apnea CPAP machines based on serious health concerns. Philips instructed users to immediately stop using the recalled devices because they could be causing them to inhale toxic chemicals.

The nature and circumstances of the recall have plaintiffs’ speculating on whether former users of the recalled devices will have viable claims in a CPAP product liability lawsuit. The success of future CPAP recall lawsuits will depend on 2 factors: (1) the extent of Philip’s liability which will be driven by what they knew and when; and (2) the scientific evidence linking the defect in the CPAP devices to specific health consequences. In this post, I focus specifically on the first factor – what did Philips know and when?

In September, Philips developed a plan to repair the recalled CPAP and BiPAP devices by replacing the harmful PE-PUR Foam with a different, silicone-based foam. The FDA initially approved this plan based, in part, on safety testing Philips provided for the new replacement foam. On November 12, however, the FDA announced that it was withdrawing its approval of the repair program after finding new evidence that the replacement foam may have its own safety hazards. Now the FDA is asking Philips to submit safety testing from an independent laboratory.

The ongoing investigation into Philips and the CPAP recall has also dug up some new internal company emails which prove that executives at Philips were aware of safety issues with the PE-PUR Foam back in 2015. This means that Philips had knowledge of the problem but chose to do nothing about it for 6 years.

Philips Knew or Should Have Known About the CPAP Defects

One of the key elements to holding Philips liable in any future product liability lawsuits for injuries caused by their recalled CPAP devices will be establishing that Philips had actual or constructive knowledge. If future plaintiffs can prove that Philips knew (or reasonably should have known) about the problems and health risks with their recalled CPAP devices for a long period of time before the recall, then Philips can be held liable for negligent failure to warn.

Failure to warn is not the only liability theory available in product liability cases like this. Plaintiffs can, and usually do assert other tort claims such as strict liability and breach of warranty. However, negligence based on failure to warn is usually the strongest and most effective tort claim for a plaintiff harmed by a defective product.

In the CPAP recall situation, several facts clearly indicate that Philips was well aware of the problems with its CPAP devices for a long time before the recall was issued. These facts will eventually get fleshed out in discovery, but here is what we know so far.

Although no product liability tort lawsuits have been filed yet against Philips over the recalled CPAP devices, a number of “consumer class-action” cases have been filed since the recall. The plaintiffs in these consumer cases are claiming that they were victims of fraud because they wasted money on CPAP devices that are now basically worthless. 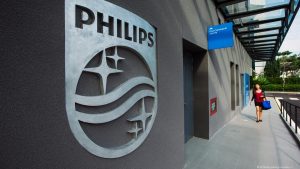 So far, about 18 of these consumer class action lawsuits have been filed across the country. All 18 complaints contain very specific factual allegations which state that Philips had been receiving complaints for years from CPAP users who said they were inhaling foam or “dust” particles from their device. The specifics of these consumer complaints (e.g., when they were received, how many were received, and what they said) will eventually come out during civil discovery. Based on what we know right now, however, this could be a strong piece of evidence establishing prior knowledge by Philips that users were inhaling foam particles in their machines.

Philips issued its nationwide safety recall of the defective CPAP and BiPAP devices on June 14, 2021. Several weeks before this recall was announced, however, Philips was told its corporate investors about the problems with the DreamStation and other CPAP devices.

On April 21, 2021, weeks before issuing the public safety recall, Philips released its quarterly earnings report to investors. In the section of the earnings report entitled “Regulatory Update,” Philips told investors all about the problems and health risks associated with the DreamStation line of sleep apnea devices. The report assured investors, however, that the company had recently released a new generation of DreamStation devices that would not have the same health risks.

Although Phillips issued the earnings report a few weeks prior to the recall, it is safe to assume that the information about the problems with the DreamStation was not recently acquired by Philips. Documents and information produced in discovery could very likely show that Philips had this information for months or even years before it was disclosed to investors in the earnings report.

The most compelling evidence that Philips knew for a long time about the safety problems with its CPAP devices, is the fact that the company coincidentally released a new, safer alternative just weeks before the recall. In April 2021, Philips launched its new line of CPAP devices under the “DreamStation 2” brand name. The DreamStation 2 was designed and manufactured without using the problematic PE-PUR sound abatement foam.

A few weeks after the launch of the new DreamStation 2 devices, Philips notifies the public that the older DreamStation devices are not safe because of the problems with the PE-PUR foam. Soon thereafter Philips issued the recall of all those devices and told consumers to stop using them. Philips clearly timed this recalled with the release of its new DreamStation 2 in an effort to minimize financial losses.

Philips clearly did not design and manufacture the new line of DreamStation devices overnight. This type of new product release is something that takes months and even years. It seems obvious that Philips made the decision to redesign the new DreamStation 2 because at that point the company was already well aware of the safety problems with the existing DreamStation devices.