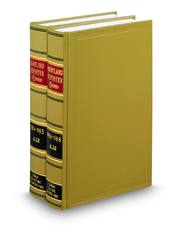 You know who is in the litigation business but is not constrained by deadlines? Judges.

I think every lawyer has had the experience of filing something and it vanishes into the abyss, only to be heard from again when somebody finally gets around to it.

For example, in one of my cases, I filed a motion for sanctions on February 8. Today is June 1. It’s been nearly four months. No ruling has been made, no hearing has been set, no judge’s chambers has contacted me. And I know the court is aware of the motion. It has been docketed and assigned a document number. I filed another motion April 13. It has also been docketed and assigned a document number. Again, as of today, no ruling, no hearing set, no contact from the court. That motion has been ripe for over a month.
I do not believe that this is something that any judge would find acceptable if it were done by one of the parties or their counsel.

I know courts are busy. I know the clerk’s offices are inundated with paper and don’t always operate under ideal conditions. But seriously. Is it really that hard to send a 5-page motion to a judge, have them spend 10 minutes reading it, and then either set a hearing or sign an order?

I wish there were a court rule requiring courts to take action on a motion within a set time period after a motion becomes ripe for a ruling. As it is, there’s not an easy solution to the problem, beyond calling and pestering the clerk’s office to get it sent to a judge. Of course, that creates at least some concern of irritating clerks and/or judges that you will need to interact with in the future.  There is no productive path to complaining and, with some judges, it might be the fast track to a bad ruling.

In some courthouses, I’m sure that the hustle of the judge is less of a problem than the sheer volume of cases that even a yeoman’s effort cannot make manageable.  There were widespread complaints under Chief Judge Bell about the speed of administration of justice with some judges waiting two years to write an opinion.  Chief Judge Barbera got the court to speed up (and sped up herself) so that all the cases are decided in the same term.