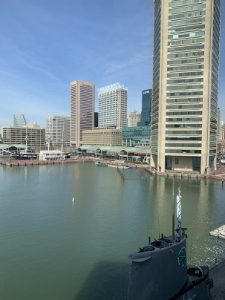 The Daily Record reports that ethical complaints made against all Maryland lawyers dropped 24 percent in the last six months of 2008 as opposed to the same period in the preceding year.

More specifically, complaints against Maryland personal injury lawyers dropped from 48 the year before to 37 for 2008.

That is refreshing to see. I am a big proponent of continuing legal education and participation in professional associations because I think raising the skill level of the plaintiff’s bar is good for our profession and our clients. I think every Maryland personal injury lawyer should be a member of the Maryland Association for Justice, and should regularly attend continuing education programs.

Hopefully, the recent drop in ethical complaints is a trend that will continue. Even though the article points out that those numbers are preliminary results, I think this is a good sign.  The cynical view would be that enforcement is down.  Could that be it?  It could?  But I don’t think so.

Looking at the 2018 statistics, things are still going in the right direction.

Professionals think their profession is special.  Accountants are like this.  Lawyers are like that. As a breed, lawyers are the worst.  So many live through their identity as a lawyer.  That’s not me.  I think people are basically the same.  I don’t think lawyers are any more or less ethical than anyone else.

These are lawyers that have been excused from being lawyers in 2019:

The common thread in these stories is not lawyers making mistakes.  This is why we have malpractice insurance. Even good lawyers make mistakes.  But criminal conduct or dishonesty is a whole different matter.