Over 600 Paraquat lawsuits have been filed around the U.S. by farmworkers and others who developed Parkinson’s disease from exposure to the herbicide Paraquat (grameoxone).

These lawsuits are based on a body of scientific evidence showing that prolonged exposure to Paraquat is linked to early-onset Parkinson’s disease in adults.

Our Paraquat lawyers are very enthusiastic about these lawsuits.  We believe the Paraquat lawsuits will likely succeed at trial. This will ultimately lead to high settlement amounts or jury payouts for victims.

March 2022: A bellwether pool of 16 cases has been identified with 8 selections by the plaintiffs and 8 selections by the defense. Fact discovery in these 16 cases will wrap up at the end of March, after which the parties will have until April 8 to submit a ranking of which cases they prefer to be scheduled for the opening trials.

February 2022: In February 2022, the Paraquat MDL judge ruled on a group of pretrial motions to dismiss filed by the defendants. The ruling dismissed the plaintiffs’ consumer protection claims under Minnesota law and their public nuisance claims. But these were insignificant causes of action. Judge Rosenstengel ruled that all the plaintiffs’ remaining lawsuits were viable claims and could move forward, clearing the path for the first round of bellwether trials 10 months from now.

The Paraquat MDL has a chance of growing larger than our Paraquat lawyers expected after a new study from France in September 2021. This study found that Paraquat exposure during pregnancy can cause similar neurological damage to unborn fetuses.

Our lawyers are handling Paraquat lawsuits for Parkinson’s disease patients.  If you have a potential claim, do not sleep on your rights. There are deadlines to file a lawsuit. The statute of limitations can be confusing in the Paraquat class action. Let us help you. Call our attorneys today at 800-553-8082. The consultation is free and our lawyers are paid nothing unless there is a verdict or settlement compensation payout for you.

Paraquat is a powerful chemical that is used as a commercial-grade herbicide in the agriculture industry. Paraquat is an extremely dangerous and toxic chemical that is well known to cause death if ingested. This toxicity has prompted most of the developed world to flat out ban the use of paraquat.

Paraquat Banned Elsewhere But Not in U.S.

The use of Paraquat is illegal in over 35 countries, including all of Europe. China and the U.S. are the only major countries that have not banned paraquat. In the U.S., Paraquat can be purchased and used by farmers with a commercial applicator’s license. Despite a push to change this, the EPA re-approved the authorized use of Paraquat by commercial farmers in the U.S. in September 2021.

Over the last 10 years, a growing wave of scientific studies and medical research have shown that extended exposure to paraquat can lead to the development of early-onset Parkinson’s Disease. Parkinson’s is a debilitating neurologic condition that causes the brain to lose control over body movements.

These results were followed by studies and reports finding a clear connection between chronic Paraquat exposure and Parkinson’s disease. According to Dorsey Ray, professor of neurology at the Center for Human Experimental Therapeutics at the University of Rochester in New York, the “evidence linking paraquat to Parkinson’s disease is probably the strongest of any pesticide commonly used.”   It is the rare mass tort lawsuit where the evidence connecting the disease and the product is this strong as we have in the Paraquat class action lawsuit.

These initial reports were followed by a stream of more definitive studies that were published in numerous medical journals. All the studies research similar findings and established a conclusive link between prolonged exposure to paraquat (mostly in farm workers and people who lived near farms) and abnormally high rates of early Parkinson’s disease.

The strength of the evidence linking Paraquat exposure to Parkinson’s disease has led to a wave of Paraquat lawsuits against the manufacturer of paraquat (Sygenta) and other companies. The lawsuits are being brought by farmers and individuals who lived near farms where paraquat was regularly used.

Until recently, all of the scientific evidence linking paraquat to Parkinson’s disease has been focused on adults. In September 2021, however, the medical journal Chemosphere published the results of a French study that examined the impact of paraquat exposure in pregnant women.

The study exposed pregnant mice to high concentrations of paraquat designed to simulate the type of exposure experienced by pregnant women who live near or work on farms. After exposing the pregnant mice to paraquat, the researchers performed genetic testing on the pregnant mice and their fetuses to identify modifications in gene expressions that are known to indicate neurologic damage.

The genetic testing found that exposure to paraquat causes clear alterations in the developing brains of unborn mice. In fact, the specific type of genetic alterations that the research found was very similar to the genetic changes seen in Parkinson’s disease patients:

The data suggest an alteration in the mitochondrial function following Paraquat exposure, which is reminiscent of the pathological process leading to Parkinson’s disease … Based on previous toxicological knowledge and our observations, (Paraquat) may directly alter the mitochondrial function and the redox status in neurons, during fetal and early post-natal life, as it does in adult brain to induce Parkinson’s disease

The evidence linking exposure to paraquat during pregnancy to a very specific type of neurologic birth defect comes just as the paraquat litigation is begging to gain momentum. Earlier this year all of the paraquat cases in federal courts were consolidated into a new “class action” MDL in the Southern District of Illinois. 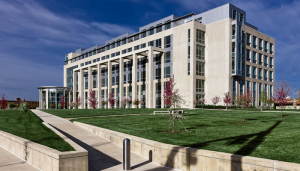 So far, all Paraquat lawsuits have been filed by adults. This new study may open the door to birth injury claims on behalf of children born with the type of neurologic condition described by the French researchers.

Does the Statute of Repose Apply to a Paraquat Lawsuit?

There is also an exception when the defendant, as the Paraquat lawsuit alleges, fraudulently concealed the danger.

So we do not expect the statute of repose to impact this litigation. But there are deadlines to file a Paraquat lawsuit so you do want to act quickly to protect your rights.

How Do You File a Paraquat Lawsuit?

If you worked on a farm or lived near a farm where Paraquat (Gramoxone) was regularly used, and you have been diagnosed with Parkinson’s disease, you may file a Paraquat lawsuit and receive financial compensation. Call our Paraquat lawyers today for a free consultation at 800-553-8082.