Unless you live somewhere there is no tv, radio, or internet (which makes you seeing this unlikely), you know there was a big train crash on the Washington, D.C. Metro last week.

This was a bad accident that involving several deaths and many more injuries. Whenever something like this happens, I think it is expected that there will eventually be litigation. The litigation about this accident has already started. Train accident: June 22, 2009, at 5:02 p.m. First lawsuit filed: June 24, 2009. Two days later. The legal system generally moves like global climate change- slowly and inexorably. A lawsuit being filed two days after the injury is very, very fast. 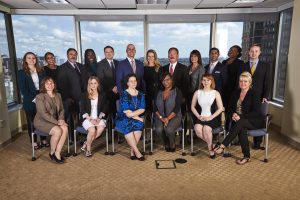 My practice on injury claims is to avoid filing a lawsuit until the client is at Maximum Medical Improvement. All this means is that the injured person has recovered fully, or has reached the point where further medical intervention would not be helpful. The reason is that I want to have a full and complete picture of the client’s damages before filing suit. This helps in many ways, such as in selecting and identifying the proper experts, determining the amount of damages to be sought, and allowing pre-suit settlement negotiations. It also helps to minimize playing catch-up, like trying to collect medical records and bills for a client who is still in treatment while simultaneously preparing the case for trial.

I don’t know the attorneys representing the plaintiffs who have already filed suit. I’m not saying they did something wrong- there are a lot of “right ways” to handle a personal injury case. Sometimes cases are filed early because that is what the client wants. I am sure there are other reasons as well. I just usually take the opposite approach.

I am curious as to what the advantage to the client is as a result of filing so quickly. Obviously, starting the process sooner means completing it sooner. Other than that time savings, what does such an aggressive stance get the client? Maybe the publicity translates into a stronger negotiating position for settlement?