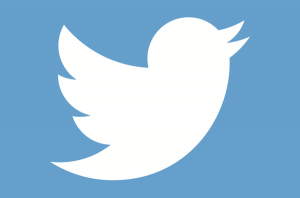 In the last few years, the use of social media has increasingly become an issue in the legal field. We are seeing social media being used as evidence in civil and criminal trials. There have been recent Maryland appellate opinions on how to admit evidence of social media use.

Social media is a good place for juror conduct that completely screws up a trial. In the good ole days, jurors who communicated inappropriately during a trial did so verbally.  Of course, this was hard to trace and prove.  Improper verbal communications could lead to a mistrial.  But it was so hard to make this case from an evidentiary standpoint. You needed live testimony from witnesses.  With social media, you can just wave the tweets and posts in front of the judge.

There have also been cases involving social media use by jurors. Here in Baltimore, there was an issue in the sensational Sheila Dixon trial about jurors becoming Facebook “friends” with one another. It has now become commonplace for jurors to be instructed that they are not to discuss their jury service on social media during the trial.

Here’s at least one tip for lawyers concerned about jurors using social media: there is a way to at least try to see if there are jurors or potential jurors using Twitter from the courthouse. Bing (Microsoft’s answer to Google) has a Twitter Maps feature that allows you to type in any address, and it will show you the location of any Tweets that have recently been made in the vicinity, as long as the user has geolocation enabled. Just go to Bing Maps, type in the address, click on Map Apps, and select Twitter. Voila!

For example, I just saw a Tweet made a block from the Circuit Court for Baltimore City asking “Is there snoring allowed in the courtroom?” I bet that’s not somebody you want on your jury, right? I’m not sure exactly how useful of a tool this will be, but it’s certainly interesting to play with.

Mark Twain thought our jury system imposed a “ban upon intelligence and honesty.”  And this was before the days of tweets, emails, Google, blogs, and texts.

The Social Media Rule for Jurors in Maryland

This is what the court will tell the jury:

Do all jurors follow these instructions?  Of course not.  Is that grounds for a new trial?  That is the trial judge’s call.  Generally, Maryland appellate courts review the denial of a motion for a mistrial under the abuse of discretion standard, because the “trial judge is in the best position to evaluate whether or not a defendant’s right to an impartial jury has been compromised.”  It is hard to flip a judge’s call on an abuse of discretion call.

Law Review and Other Articles