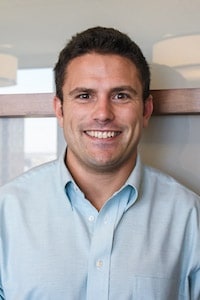 Billy was raised in the Towson area of Baltimore County. He is the oldest of four siblings. Sports were a big part of Billy's life growing up. He played football, wrestled, ran track and played lacrosse at Towson High School. He was selected first team all- county athlete for football and was awarded the scholar athlete award his senior year. After high school, Billy attended and played football at Juniata College. His time there, however, was cut short when a botched surgery left his uncle permanently disabled. He returned home to be with his family. Billy later went back to college. He graduated magna cum laude from the University of Baltimore in 2019 with a degree in Jurisprudence.

Through his experiences with his uncle, Billy became intimately familiar with personal injury and the havoc such cases can wreak upon the lives of both the individuals and the families involved. Wanting to make a difference in the lives of similarly situated people, Billy was drawn to Miller & Zois and the work they do. He eagerly applied to the firm and was hired as a legal assistant. He has worked at Miller & Zois since September 2019.

When he is not at work Billy likes to stay active and indulge in his hobbies; some of which include, reading, writing short fiction, going to the gym, playing the piano, making homemade pasta, and watching his beloved Ravens win on a Sunday. He currently lives in Baltimore City with his long-time girlfriend and two dogs, Mugsy and Ravioli.