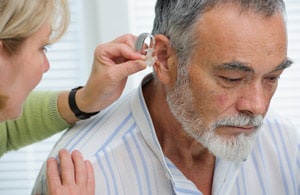 This is a nursing home neglect wrongful death suit brought by surviving family members against Forest Health and Rehabilitation Center, a nursing home in Harford County. The crux of this case is a failure to diagnose and treat a fluid buildup in his lungs that led to aspiration pneumonia.

This claim was filed in the Health Care Alternative Dispute Resolution Office on January 8th, 2018. This is the 12th medical malpractice suit filed in Maryland in 2018. It is the first malpractice lawsuit filed this year that will be heard in Hartford County.

In December 2014, an 82-year-old patient is transferred from a local hospital to the defendant health and rehabilitation center. He is transferred for in-patient therapy to treat muscle deterioration after hospitalization for a rash-related illness. The patient has a pre-existing history of pulmonary hypertension and coronary artery disease, which puts him at greater risk for congestive heart failure and pneumonia.

In January 2015, the patient is diagnosed with a lower extremity edema (swelling of the feet and legs from an abnormal accumulation of fluid). He is administered Lasix, a medication that treats fluid buildup. Three days later, the patient exhibits a cough which worsens over several days. The defendant gives the patient Mucinex (an over the counter cough medication) and doubles his dosage of Lasix.

On January 12, the patient is diagnosed with an upper respiratory infection of the lungs. Five days later, the patient's non-productive cough and weakened pulse are noted by a treating doctor and he is sent for a chest x-ray. The patient is also placed on nebulizer treatments every six hours to aid his breathing.

The patient is eventually diagnosed with pneumonia and pleural effusions (a buildup of fluid in the area surrounding the lungs). On the date of the patient's death, his condition deteriorates after approximately seven hours. Allegedly, a nurse practitioner does not respond to the patient when signs of distress became clear until five minutes later. His cause of death is determined to be aspiration pneumonia.

Has a loved one died due to a nursing home's negligence? You are entitled to justice and compensation for the harm done to an elderly spouse or family member. Miller & Zois is here to help you. We have a long history of obtaining large settlements and verdicts in medical malpractice cases in Maryland. Get a free online case review or call us today at 800-553-8082.